The 8th annual DTLA Film Festival, presented by Toyota Mirai, will once again showcase some of the best in indie filmmaking by women. From narrative features to documentaries and shorts, from L.A. to Berlin to Cuba, the 14 women-directed films in the 2016 line-up tell original, compelling stories and highlight the complex realities of the modern female experience.

Last year DTLA Film Festival became the first non-genre-specific film festival to establish a goal that that half of its films would be by women directors. (The final count was 64 percent of the films screening at the 2015 festival were by women filmmakers.) 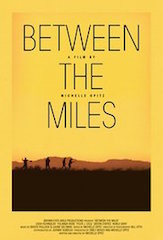 The 2016 DTLA Film Festival, which begins for eight days on Wednesday, Sept. 21 at Regal’s L.A. Live, continues the commitment to showcasing the work of women filmmakers. One of the highly anticipated feature films of the festival week will be Michelle Opitz’s award-winning, autobiographically inspired Between the Miles, screening September 27 at 10:00 pm. In the AFI graduate’s complex feature film debut about teen homelessness set in Los Angeles, Florence (Leigh Schindler), a hapless musician, takes three homeless teens off the streets and into her care only to realize she has to overcome her own reckless tendencies in order to care for them.

“I had the idea for the film when I was teaching music video production to homeless and at-risk teens all over L.A. and some of the kids were displaced after their center had shut down,” explained Opitz, who also hopes the film will help to change common misconceptions about homeless people: “We sometimes judge people right up-front and have these predetermined judgments on the homeless population or the street teens that we see but they all have a story and they need a chance.”

Beth Dewey’s character drama Erasing Eden promises to be another gem among the feature film submissions this year. In her second feature, Dewey, a three-time Emmy nominee for her editing work on the Oscars, follows Eden, a self-described “master of self-sabotage,” who puts her wedding on the line to reclaim her identity and prove that she alone can make or break herself. Independently financed and shot over the course of three years, Dewey described the film as having “a total self-empowerment, feminist bent. It is about someone having control over their own life, albeit in a slightly self-destructive manner. But it is definitely a very self-determining story.” Starring Breeda Wool (from Lifetime’s TV series UnREAL) and Ben Rovner (Area 51), Erasing Eden screens Monday, Sept. 26 at 7:30 pm.

The music documentary How Berlin Got The Blues by Victoria Luther takes the viewer back to Cold War Germany. It traces how musician Ebylee Davis spread the blues to East and West Berliners during his stint in the U.S. Army. It screens Saturday, Sept. 24, at 8:00 pm.

Two other documentary features by women filmmakers at this year’s festival are Margaret Byrne’s Raising Bertie and Nicole Di Rocco’s Pastport Cuba. While Raising Bertie, which will screen in the festival’s special series on Income Inequality, is an intimate portrait of three boys growing into adulthood in a rural African-American community, Pastport Cuba unveils the mystery behind a country often misunderstood, as it follows director Di Rocco and her parents returning to the country they left almost 50 years ago. Pastport Cuba screens in the festival’s special series on Cuba, while another feature film, Millie and the Lords (Jennica Carmona), about a young Puerto Rican woman from Spanish Harlem secretly longing for a different life, is part of the festival’s American-Latino Series.

DTLA Film Festival programming director Carolyn Schroeder is pleased with the strong submissions by women filmmakers the festival received this year. “The film industry continues to grossly under represent women in the executive office and behind the camera. Our showcase of the work of some incredibly talented women directors, whether in the feature film, special series or shorts sections, is one more crack in Hollywood’s glass ceiling,” she said.