The International Union of Cinemas (UNIC), the trade body representing cinema operators and their national associations across 38 European territories, has voiced its support for the  National Association of Theatre Owners resolution laying out aspects of its digital cinema technology evaluation program. The technology evaluation program was approved last month by NATO’s executive board at the organization’s annual meeting.

According to reports, efforts are already underway to get the process started, which has included reaching out to members of the American Society of Cinematographers, as well as equipment manufacturers, service providers, and other organizations, for input and participation. This new initiative contrasts with efforts during the early 2000s when studios were paying for the digital cinema transition through virtual print fees, which gave them a big say in setting requirements for digital cinema technology. 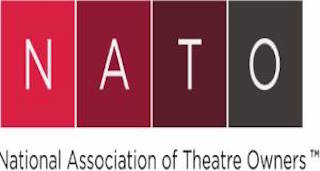 NATO technology committee chairman and AMC Entertainment executive vice president John McDonald said in a statement: “Digital cinema has opened up the door to a wide range of technological advances. Exhibitors — the primary consumers of these technologies — along with other industry stakeholders need an open, rational testing program to determine which of these technologies will work in the cinema space.”

The Digital Cinemas Initiatives specification — a technical blueprint for digital cinema — was first introduced in 2005 with version 1.0 and set up at a time when this transition was being subsidized by the studios through virtual print fees, to create a uniform level of security, technical performance, and quality. However, VPF agreements will soon be ending for most players in the domestic market, meaning that exhibitors will have more responsibility for the cost of new cinematic projection technology.

NATO announced: “The pace of technological advance has increased. It is, then, necessary and proper for exhibitors to take the lead in evaluating the impact of light levels, contrast and colorimetry on their patrons and the exhibition environment. NATO seeks to create an open process to understand and evaluate digital cinema technologies and create metrics to analyze future technologies, and to open this process to include various stakeholders including filmmakers, distributors, manufacturers, service providers, and exhibitors.”

The new testing program will allow “exhibitors to take the lead in evaluating the impact of light levels, contrast and colorimetry on their patrons and the exhibition environment,” NATO said. The technology committee will report its initial findings to membership at NATO annual meetings in 2020.

UNIC shares NATO’s belief that cinema operators should be taking the lead role in future industry efforts related to cinema technology. With current virtual print fee funding support soon ending, new approaches will be needed to enable the future and ongoing refresh of digital equipment across the industry.

As the pace of innovation quickens, it is therefore essential for exhibitors to take the lead in evaluating and analyzing future technologies for use in their screening rooms. This open and transparent process should of course involve a range of other industry stakeholders including filmmakers, distributors, manufacturers and service providers. This seems to UNIC the only route to ensuring a fair and sensible approach to the evaluation of digital cinema equipment and potential developments in technology standards.

With initial tests and measurements related to brightness and high dynamic range having already begun, UNIC is looking forward to taking an active part in this initiative and supporting NATO colleagues in any way that would be useful. The UNIC Technology Group, which brings together chief technology officers from the leading European cinema chains, has already started engaging with its NATO counterparts and is excited at the prospect of contributing to the future of cinema technology.