In 2016 Jennifer Freed, an entertainment executive with more than 700 credits to her name as founder of the accounting firm Trevanna Post, developed Trevanna Tracks, a cloud-based productivity software that which was designed to simplify the process of music clearance and licensing. 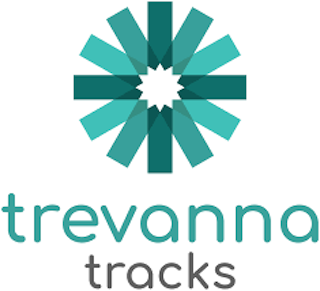 Clearing and licensing music may be the thorniest, most complex process facing creative teams who want to place commercially released tracks into a production. When Freed asked the team at Trevanna Post what frustrated them most, the near-unanimous answer was music licensing. In far too many cases, loose ends and scattered documentation linger, while the lack of standardization in music grids made splits and payments difficult to track.

“We would be on to the next film and had no reliable system to help us keep track of where the music licensing stood,” Freed explains, “Music supervisors and licensing executives pour hours into their spreadsheets, yet errors can still occur because of the sheer volume and complexities. You could have a major production with a million-dollar music budget to license 40 tracks via 90 licenses, yet documents were not labeled consistently and there wasn’t visibility into the status of each license.”

The problem has multiplied by the collaboration trend resulting in more splits per track.

In 2016 Freed resolved to bring it all into one intuitive, accessible place and to finally provide a uniform format that would be appreciated by everyone music licensing touches: music supervisors, business affairs, finance, and even licensors. She knew the power of a well-designed productivity tool and was eager to take on this challenge to help the industry she loves.

According to Freed, Trevanna Tracks has been adopted by Hollywood’s leading studios and streaming companies. Built by women in film production and product development, Trevanna Tracks makes the clearance process faster allowing multiple departments to access information from one single source of truth.

Freed said in its area dedicated to clearance, Trevanna Tracks not only lets music teams research and compare alternative tracks; it does the math for them, ensuring splits and totals are always accurate.

Though Trevanna Tracks is tailored to enterprise-level studios and production companies, it debuted thanks to a beta tester. An independent producer client was hustling to finish her film on a shoestring, which she submitted to and sold at Sundance. When it came time to deliver the final product, the producer had a great experience with Trevanna Tracks.

“She would log in every day just to see what hadn’t been paid yet and slowly watch the balance go down,” Freed recalled. “When the report reached zero and all the contracts were in, she pressed one-click delivery and sent it to the distributor.”

The buyer, a major streaming platform, wanted to know how she got everything so well organized. After she told them about Trevanna Tracks, they ultimately became the company’s first enterprise customer.

“Our product alone is transformative to the steps in sync music licensing. Though we have a tech product, our company was designed by people who love movies and music. Our users are our friends and colleagues, and we’re all in this together as filmmakers,” says Freed. “If our clients and users don’t enjoy using Trevanna, we haven’t reached our goal. No one should feel forced to adopt it; they should feel excited. That’s the heart of the company, a tool that lets people spend less time on administration and more on making great content.”