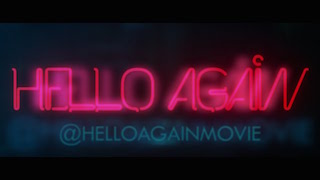 “The positive response we’ve received from fans and exhibitors nationwide just a few weeks after announcing this release has been enormous, so we’ve made it a priority to bring this film to as many people as possible,” said Darryl Schaffer, executive vice president of operations and exhibitor relations at Screenvision Media. “I am delighted to share this powerful musical with even more theater lovers across the country.”

Speak Productions’ adaptation of Hello Again epitomizes the power and potential of musical cinema with thrilling performances and an entrancing score. Epic in emotional scope and striking in visual landscape, lovers of Broadway and boundary-pushing storytelling will lose themselves in Hello Again’s visceral vignettes.

Updated theater information, show dates and ticket information about Hello Again can be found at www.helloagainmovietix.com.