With real-time technology growing at an unprecedented pace and shaping countless industries in its wake, the need for a unifying event to bring together the pioneers of today with the leaders of tomorrow has never been more important. The inaugural RealTime Conference will address that April 6-7 with simultaneous events taking place in both New York and Paris. 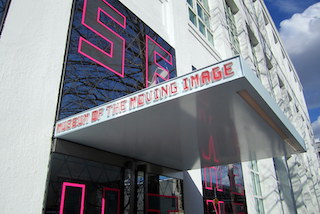 “Real-time technology is having a major impact on several industries, but there is a natural tendency for experts to remain within their own communities – that’s where the RealTime Conference comes in,” said Jean-Michel Blottière, former executive director of FMX and co-founder of the RealTime Conference. “Our goal is to bring together real-time experts, innovators, creatives and decision-makers from these different communities to find unexpected connections and to help shape the industry for years to come.”

The RealTime Conference was founded by industry professionals from companies with a history of innovation — including Weta Digital, DreamWorks, THX, Dassault Systèmes and TellTale Games to name a few — with the shared goal of uniting the real-time community across multiple industries. The conference will also be overseen by veterans of some of the biggest technology based events in the world, including the former leaders of FMX.

Headlining sponsors for the RealTime Conference include Intel, Epic Games, the Museum of the Moving Image and the Forum des images. The conference is organized in cooperation with the Visual Effects Society. Additional sponsors include Adobe, Agile Lens, ASIFA-Hollywood, Foundry, HP, Haivision, Innovate UK, The Mill, Nexus Studios, Rewind, Sony, Territory Studios and The Third Floor, with more announcements to follow in the coming weeks.

The conference will bring together attendees in New York at the Museum of the Moving Image and in Paris at the Forum des Images.

In both cities, industry experts and innovators will discuss topics ranging from the impact real-time is having on VFX, AEC, automotive, design & manufacturing, artificial intelligence and more, all in a relaxed environment where attendees will be able to discuss these topics with industry leaders. Each city will feature its own speakers and topics, but the two audiences will come together daily with real-time, live demos and performances that will connect the two groups across the Atlantic for a look at how the technology will shape the future.

Both the New York and Paris locations currently feature more than 45 speakers from companies like Epic Games, Google, Facebook, Activision, Framestore, Unity and Verizon, with more to come. Topics will touch on everything from real-time in the cloud and big data visualization to preparing for 5G and exploring digital humans, with attendees choosing the sessions most relevant to them. Additional speakers will be announced in the coming weeks.

“Real-time technology has a transformative quality, and in many ways it is still in its infancy,” said Manny Francisco, CTO of the RealTime Conference. “Our goal is to create a forum where pioneers can exchange ideas with peers and help others plan the next two, three or even ten years of their business.”

While the focus is currently on the inaugural event, plans are already underway for 2021, 2022 and beyond. Future RealTime Conferences will continue to embrace the technology on a practical level, with additional cities, countries and even continents playing host to their own events and joining New York and Paris for simultaneous sessions, keynotes and collaborative real-time live talks.

Single day passes offer access to all sessions – including keynotes, lectures and workshops in either location, as well as the live, real-time transatlantic demos. Full conference passes grant access to all sessions on both days, along with Meet the Experts round-tables on topics like virtual production, volumetric capture, metaverse planning, business models and several others.

Limited numbers of VIP passes are available and feature access to private events, including an exclusive dinner for New York attendees and a cruise on the River Seine in Paris. VIP attendees will also be able to meet one-on-one with presenters in the private Speakers’ Lounge and continue the conversation.