The New York Indian Film Festival kicks off June 4-13 with 58 screenings and interactive discussions. Presented by the Indo-American Arts Council and powered by MovieSaints, NYIFF celebrates the 21st year of independent, art house, alternate cinema from India and brings this rich collection of films to audiences in the U.S. and North America. Some films will also stream globally. Also, 24-hour online support will be provided by MovieSaints to ensure audiences across three continents have a seamless experience throughout the duration of the festival. 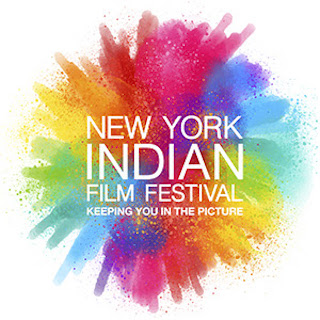 “Last year, we had to reimagine the film festival in a virtual format, and it involved pivoting to an online platform. We emerged stronger with a larger footprint as global audiences engaged with the films,” said Suman Gollamudi, IAAC executive director. “This year, with the pandemic creating even more distress, we feel a greater responsibility to provide filmmakers an outlet to showcase their work. Plus, offer audiences hope through cinematic stories that give meaning, form and shape to lift our emotions.”

Presented virtually for the second year in a row, the festival will feature 58 screenings (23 narrative features, 8 documentary features and 27 short films). The lineup will include worldwide, globally outside of India, the U.S. and NY premieres. Screenings will be followed by post-screening discussions with the filmmakers and acclaimed and celebrated personalities from the film industry.

“NYIFF’s mission is to provide filmmakers, actors and industry professionals a platform to showcase their work, as well as foster an environment where filmmakers exchange ideas and interact with discerning and diverse audiences, journalists and aficionados,” Chhabra added.

Films screened at NYIFF 2020 went on to win six National Awards, the most prominent film awards ceremony in India.

“In addition, we will be unveiling a newly designed award in 2021,” continued Mattoo. “Conceived and created by IAAC Board Member and sculptor, Raj Shahani, this iconic award will epitomize the excellence that NYIFF seeks to foster with its annual awards presentation.”

For more information, including a complete list of the films in the festival, visit the website at nyiff.us and at nyiff.moviesaints.com.