MyCinema to Release The Moomins and the Winter Wonderland

Nagra’s myCinema is releasing the film The Moomins and the Winter Wonderland in theatres across North America this holiday season. The film will begin screenings December 7. 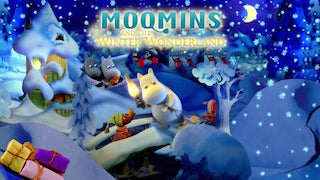 With millions of adoring fans in the U.S., and around the world, the Moomins are evolving onto the silver screen from the series of children’s books and comic strips created by Finnish author Tove Jansson, starting in the 1940s and perpetually popular over the decades around the globe.

Based on Jansson's original books, with a screenplay from Małgorzata Wieckowicz-Zyla, Piotr Szczepanowicz and Ira Carpelan, The Moomins and the Winter Wonderland was produced from vintage footage from original stop-motion Moomins productions co-produced by Jupiter Film and Film Polski in the 1980s.

“The Moomins and the Winter Wonderland is an excellent opportunity for cinema owners, large and small, to put smiles on the faces of families and children throughout the United States this holiday season,” said Bruce Eisen, myCinema’s head of content acquisition. “This is a great example of how myCinema, along with great partners like Global Genesis Group, is able to help cinema owners expand their audiences and improve the overall utilization of their screens.”