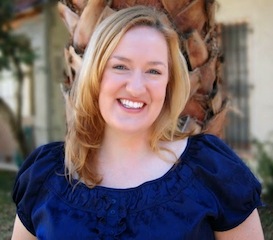 MTI Film has established a presence in New York City with the relocation of director of product support Amy Hawthorne. Hawthorne will provide New York clients and prospects with in-person training, support and demonstrations while continuing to support the worldwide customer base for DRS Nova and Cortex Dailies.

“We’ve always maintained close ties with our New York customers through our office in Providence, Rhode Island, but our business there is expanding quickly,” said MTI Film CEO Larry Chernoff. “Amy’s move to the East Coast will help to re-cement existing ties and grow new ones. As production continues to expand in Atlanta, New Orleans, Toronto and Boston, it makes sense to have a strong, personal presence on the East Coast.”

Hawthorne began with MTI in 2004 as a software support technician for Correct DRS at the company’s office in Providence. She moved to Los Angeles in 2009 and took on expanded customer-facing duties, including marketing and reseller management. With the introduction of Cortex Dailies in 2012, Hawthorne became the lead trainer and demo artist for the family of products.

“I’m excited to reconnect with many of the customers I’ve worked with for nearly a decade,” said Hawthorne. “Having seen the power of in-person education within Los Angeles, I’m looking forward to helping connect MTI to a whole new user base in New York and all over the East Coast. The best part is, thanks to modern technology, I don’t have to lose my connection with my customers and colleagues who are still in Los Angeles.”