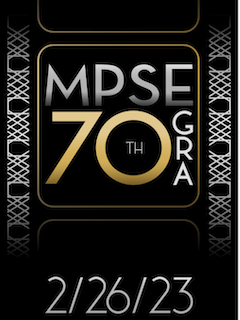 The 70th Annual Golden Reel Awards will take place on February 26, 2023, at the Wilshire Ebell Theatre in Los Angeles.

Key deadlines for the awards process are as follows:

This year’s Golden Reel Awards will be the first in three years to be held live and the MPSE is going all out to make it a special evening in the spirit of Old Hollywood. The ceremony will include a new venue, the historic, 1238-seat Wilshire Ebell Theatre, along with surprise guests and features as the entertainment industry’s leading sound organization celebrates its 70th year in recognizing the outstanding creative accomplishments of those who practice this unique craft.

The Motion Picture Sound Editors association is a non-profit organization of professional sound and music editors who work in the motion picture television and gaming industries. The organization’s mission is to provide a wealth of knowledge from award-winning professionals to a diverse group of individuals, youth, and career professionals alike; mentoring and educating the community about the artistic merit and technical advancements in sound and music editing; providing scholarships for the continuing advancement of motion picture sound in education; and helping to enhance the personal and professional lives of the artists who practice this unique craft.

Rules and eligibility requirements are available on the mpse.org.

Submissions for the 70th Annual MPSE Golden Reel Awards can be made here.