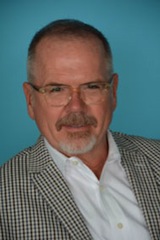 The American Film Institute announced today the appointment of producer and the executive director of the International Documentary Association Michael Lumpkin as director of AFI Docs, the Institute's annual documentary festival in Washington, DC. Also announced today is the return of AT&T as the festival's presenting sponsor.

With nearly three decades of experience in the film community as a producer, documentarian and executive director of IDA, Lumpkin brings a versatile perspective to AFI Docs, a well-rounded appreciation for the impact of the art form and a thorough understanding of AFI.

"Michael is uniquely qualified to lead AFI Docs into the future," said Bob Gazzale, AFI president & CEO. "His is a life lived at the heart of the documentary community, and we are proud to know he'll be overseeing AFI's efforts to bring together America's leading artists with its nation's leaders - elevating the art form's ability to effect change."

"I'm honored to be joining one of the world's top film organizations and expanding the rich history and proud tradition of AFI Docs," said Lumpkin. "Six wonderful years at IDA solidified my passion for documentary films, and I look forward to bringing that passion to AFI."

Lumpkin has served for six years as the executive director of IDA, a non-profit membership organization dedicated to building and serving the needs of a thriving documentary culture. Through its programs, IDA provides resources, creates community, and defends rights and freedoms for documentary artists, activists and journalists. Lumpkin had previously served for more than 25 years as both executive director of Frameline and festival director for the San Francisco International LGBT Film Festival. He has also been a member of Frameline's board of directors and co-produced the highly acclaimed documentary The Celluloid Closet.

Michael has participated as a juror for the Sundance Film Festival and served in an advisory capacity for numerous film festivals around the world.

"AT&T's renewed commitment as presenting sponsor underscores their commitment to the arts in America and their unique ability to bring us all together as one global audience," said Gazzale. "Their support will continue to forge AFI Docs forward."

"We are proud to continue our support for AFI Docs, which offers tremendous value to the entertainment industry and society – with the potential to inspire important change," said Lori Lee, senior executive vice president - home solutions, AT&T. "And we congratulate Michael Lumpkin on his appointment as director of AFI Docs."