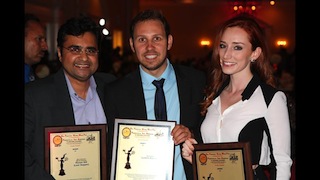 AlphaDogs audio engineer Curtis Fritsch completed the audio for the film that included a variety of challenges such as noisy background noise in the production audio and temporary visual effects. Working within an extremely tight deadline on delivery of the film, Fritsch customized an efficient workflow and timeline design to be certain the film would deliver on time without the quality of work being compromised.  Sound effects were also used from AlphaDogs extensive library to enhance the feel of the story. 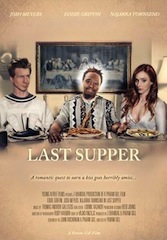 Last Supper is a funny, touching fairy tale about two romantic and ambitious lunatics, Fumnanya (Eddie Griffin) and Andy (Josh Meyers) who escape a mental institution with a video camera and set out to make a movie about their romantic quest to find a princess and be rewarded with a magical kiss. The duo encounters various obstacles, not the least of which is that their princess turns out to be a suicidal and burned-out prostitute (Najarra Townsend). She enlists Fumnanya and Andy to help her, only to have her suicide plans deterred and her pimp Rocco (Dave Vescio) emerge as a menacing threat. But along the way, the trio ends up becoming an overnight sensation on YouTube, as followers speculate whether the whole thing is a clever hoax or a moving, if unorthodox, attempt at redemption.

Upon Gill receiving his directorial award, Consul General of India Shri N. Parthasarathi asked what his plans are for his monetary winnings. Gill responded, “I live and breathe film, so I’ll make another movie.”

The screenplay for Last Supper was co-written by John Buchanan and Gill. Griffin and comedic actor Josh Myers (madTV, Bruno) star in the film and are joined by Townsend, Joe Sabatino (General Hospital) and Mindy Robinson (Casting Couch) with a cameo by Penny Marshall (Laverne & Shirley). J Bhandal and Gill produced the film. It is due for release in theaters on Thanksgiving Day, November 27.

For more information on Last Supper and additional projects, visit the website at www.LastSupperMovie.com.

Gil’s company FlickBag is a motion picture production and distribution company based in Silicon Valley, California, Beverly Hills, California and Mumbai, India. It independently produces and distributes films across the world. Visit www.FlickBag.com for more information