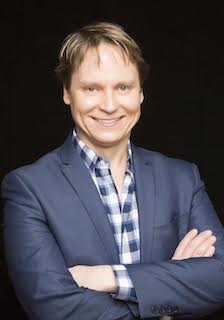 Harrington joins Kinema at a crucial time in its development, having recently launched with the goal of eliminating cinema deserts by expanding global access to engaging film content. At Kinema, Harrington will oversee curation and programming for the company’s growing library. He will be based out of New York and report directly to Christie Marchese, CEO and founder.

“Kinema is building the bridge between traditional theatrical and eventized film distribution,” said Harrington. “The communal aspect of the cinematic experience has always been the driving force behind my work and having the opportunity to work directly with filmmakers to ensure that their stories – stories that deserve to be told – reach their intended audiences is inspirational to me. I am excited to be a part of this growing team, a team that values the importance of the diversity of storytelling.”

“Ryan’s extensive industry experience, knowledge, and passion for the film industry make him a true leader and asset to our team. We are thrilled to have him on board,” said Marchese.

In one of his first moves at Kinema, Harrington is playing an instrumental role in Kinema’s Tribeca Film Festival events.