Image Nation Abu Dhabi has launched a series of webinars in partnership with the Israel Film Fund to foster the exchange of cultural content and support filmmakers in the two countries. The webinar series, titled Film Exchange: Abu Dhabi - Israel, will focus on critical areas within production, talent development and filming in both Abu Dhabi and Israel as a way to encourage collaboration and co-productions between Image Nation and the IFF. 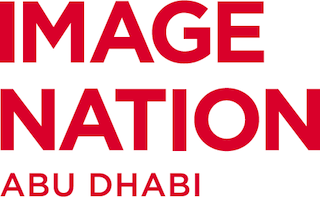 The first webinar in the series will be held on March 24, and will feature industry experts from Abu Dhabi Film Commission, Israel Film Fund, the Israel Film and TV Academy, and renowned film directors. Topics covered will inlcude aspects of feature film funding such as tax rebates, film funds and co-productions available in Abu Dhabi and Israel, the opportunities for filmmakers in the two countries, and the possible areas in which Abu Dhabi and Israel can collaborate in this industry.

Additionally, HE Mohamed Al Khaja, UAE Ambassador to Israel, and Eitan Na’eh, head of mission at the Embassy of Israel in Abu Dhabi will be speaking on the critical importance of these types of exchanges.

Michael Garin, CEO of Image Nation said, “This series of webinars is a key cultural and business initiative held in partnership with the IFF. We are ultimately promoting and informing audiences on the many production and investment opportunities that have resulted from the partnership between the UAE and Israel. Through collaboration on content creation, we will deepen the ties between the two countries to the benefit of the media industry in the entire region.”

Lisa Shiloach-Uzrad, executive director of the Israel Film Fund said, "We are excited to begin what we hope will be a long and fruitful relationship between Israeli and UAE filmmakers. Culture has a way of building bridges between nations and people and opening hearts. We believe there is much that unites our two nations and are proud and happy to be the stepping stone for cultural collaboration that will bring us closer together while creating innovative and fascinating films, which is what we're all about."

Alma Al Mubarak, head of public diplomacy Initiatives at Image Nation added, “Cultural and creative collaboration between the UAE and Israel is a key step in the further development of bilateral relations. Our webinar series aims to encourage this, and we look forward to seeing the exciting Emirati-Israeli collaborations in the near future.”

Alongside the webinar, break-out sessions will be held in which audience members will  discuss topics in more detail with the speakers. These sessions will be moderated by representatives from Image Nation, twofour54 and the Israel Film Fund.

The webinar series is part of the goodwill agreement between the Abu Dhabi Film Commission, the Israel Film Fund, and the Jerusalem Sam Spiegel Film & Television School.

Click here for details on how to join the webinar imagenationabudhabi.com/webinars/abu-dhabi-to-israel/