Abu Dhabi-based production company Genomedia Studios has agreed to take over management and ownership of twofour54’s post-production facility, in a strategic move that reflects twofour54’s role in supporting the growth of its partners and the growth of the media and entertainment industry as a whole. 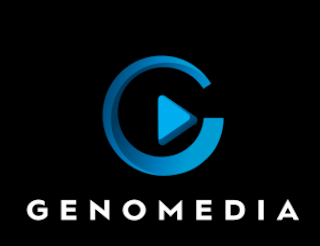 Twofour54 has invested in creating one of the region’s most advanced post-production facilities, fully equipped with hard and software that allows video, audio, animation and broadcast creation and editing to the highest levels of feature film production, while also being accessible to independent and smaller projects.

The agreement will transfer the full facility and its assets to Genomedia Studios, who are an existing partner of twofour54, including an extensive bank of professional hardware, equipment and industry-leading software such as Dolby Vision and Atmos. In addition, following a transitional period Genomedia Studios will take over all existing contracts, including the lease of the editing suites and screening room, and ongoing client projects.

The facility will continue to be based in twofour54 and will be relocating to twofour54’s purpose-built development Yas Creative Hub when it opens later this year.

“Abu Dhabi has developed into a center for content creation and creativity that both attracts A-list Hollywood and Bollywood productions and champions local film, TV and entertainment. This has created high demand for outstanding pre-production, production and post-production services,” said Michael Garin, CEO of twofour54. “Twofour54 is a champion of the private sector and now is the right time for the post-production facility to be privatized. This agreement is in line with twofour54’s intention to be an enabler for our partners and build a thriving, commercially sustainable creative industry in Abu Dhabi with room for private sector companies to compete. Genomedia Studios’ industry experience and vision to nurture local talent makes the company a natural partner, and we will continue to work together to build the local and international client base for this strategically important facility.”

Genomedia Studios CEO Yasser Hareb, CEO said, “Taking on this high-end post-production suite and welcoming on board a full team of skilled professionals is an exciting expansion for Genomedia Studios. As twofour54 and its community continues to expand the scale and economic contribution of the film and TV industry in Abu Dhabi, we see significant commercial opportunity to grow this part of the business by building on the existing suite of international-grade services while offering competitive, flexible rates. Our growth and expansion in the region will be spearheaded from Abu Dhabi which will become our regional HQ.”