Senior VFX supervisor Shawn Hillier has joined the creative team at the Vancouver office of FuseFX. Hillier arrives following a 15-year stint at Industrial Light & Magic, where he contributed to such blockbusters as Jurassic World, Pacific Rim, Star Trek, Transformers, Star Wars: Episode III - Revenge of the Sith and all three titles in the Pirates of the Caribbean franchise. In his new role, he will supervise visual effects production for television projects including the Syfy series The Magicians and Dark Matter.

A graduate of the Art Institute of Vancouver, she has also held staff posts at Image Engine Design, Prime Focus World and Atomic Cartoons. 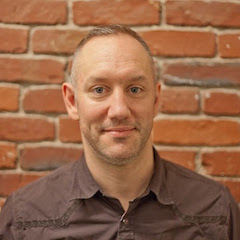 Hillier joined ILM in San Francisco as a sequence supervisor in 2001. Beginning in 2008, he spent part of his time each year training artists at ILM’s Singapore. He joined that office on a fulltime basis in 2012 as CG supervisor, setting up the compositing pipeline for the Digital Feature group, Lucasfilm Animation Singapore. A native of Quebec, Hillier began his career with Dome Productions, Toronto. His background also includes posts with Canadian VFX shops DKP Effects, Hybride and Meteor Studios.

While Hillier has experience in managing large teams of artists, he remains a hands-on supervisor, maintaining an active role in designing and executing complex visual effects. “I’m always on the box,” he said. “I like to be on top of the latest technology so that I can give artists good advice. I find that artists relate better with supervisors who understand where they’re coming from and the challenges they face.”

“Shawn brings illustrious credentials, proven leadership skills and great respect throughout the visual effects community,” said FuseFX founder and president David Altenau. “We are extremely pleased to welcome an artist of his caliber to our Vancouver crew.”

In discussing his move to FuseFX, Hillier cited the opportunity to work in his native Canada and the chance to join a visual effects operation that is growing. “I’m excited by the challenge of tackling bigger and more complex projects,” he said.

“We are very pleased to welcome Shawn and Maya,” said FuseFX senior VFX supervisor Jason Dowdeswell. “Both are dedicated artists whose enthusiasm and work ethic are a perfect fit for the best VFX team in Vancouver.”