Four Ukrainian directors and screenwriters have now been selected to the Göteborg residencies that were announced in May. Göteborg Film Fund: Ukraine is also now working on ways to offer additional support for dissemination of Ukrainian films, and for filmmakers working in Ukraine. More than 35 applications were submitted for the residency program, which is a cooperation with HDK-Valand, at the University of Gotenburg, and financed by Region Västra Götaland. Three of the participants will arrive during the end of June/beginning of July, and the fourth in August. 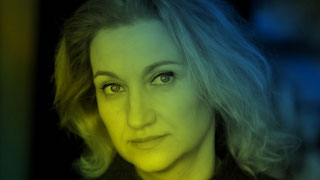 At the same time, Göteborg Film Fund: Ukraine is expanding its activities. During the autumn of 2022 and spring 2023 the fund will support international dissemination and launching of urgent and independent Ukrainian films, as well as filmmakers still active inside Ukraine, with development grants and equipment. The support program also includes screenings of Ukrainians films in Sweden as well as panels and discussions around the role of moving images in relation to democracy, artistic freedom and free speech, taking place at Göteborg Film Festival, physically and online, and on the festival’s streaming platform Draken Film. The project is supported by The Swedish Postcode Foundation, within the frame of their focus on artistic freedom, and by the Swedish Institute and their emergency support for Ukraine. 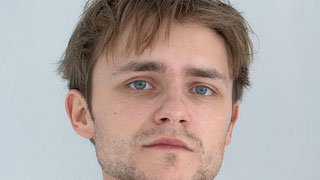 “We are looking forward to welcoming four interesting and fascinating filmmakers in Gothenburg,” said Camilla Larsson, fund manager, at the Göteborg Film Festival. “Of course, it has not been easy to do the selection, considering the situation, and therefore the fact that we now can launch a bigger support program is great and important news. Now we can make an imprint on a bigger and broader level and contribute to the continued existence of the Ukrainian film industry, at the same time as a bigger number of Ukrainian films can be seen by an international audience, who will get a more nuanced view of the country, its history and the present situation and war. Hopefully the result will also be an increased awareness of the importance of nurturing artistic freedom and democracy in Europe as a whole.”

“To show solidarity with people who are not allowed to live in peace, where especially freedom of speech is limited, is urgent,” said Conny Brännberg, regional councilor, Region Västra Götaland. “The Göteborg Film Festival has access to a large network within the film sector and it is our belief that we in this way can strengthen the development of film.” 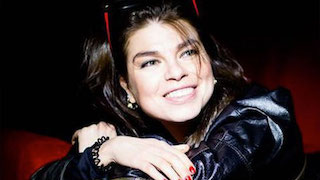 The four residency participants are:

Educated at the Kyiv National University of Culture and Arts and Ukrainian Institute of Public Relations and Television, Eva Dzhyshyashvili has directed the short documentaries 15 Minutes More, Yar and Z.P: Gelvakha. She was awarded the prize for best documentary for her feature debut Plai. A Mountain Path when the Ukrainian festival Docudays UA visited Krákow Film Festival in the beginning of June. Dzhyshyashvili plans to work with the development and script for her new project Box #64, where she investigates archives in a societal, historical and philosophical context. She is also working on scripts for a short and a feature fiction film. 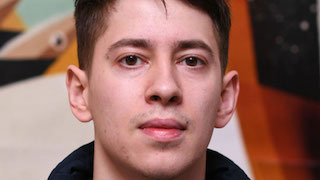 Educated at the Karpenko-Kary Kyiv National University, Roman Khimei is active as an award-winning director, cinematographer and artist. He has directed the short documentary State Institution, the feature documentary New Jerusalem and the short film installations Dedicated to the Youth of the World and Father, to Whom Have You Abandoned Us, together with Yarema Malashchuk. Khimei plans to work with and find cooperations for the production of his debut feature fiction Eroica, taking place in 1939 in Ukraine, when the country is occupied by Soviet troops.

Educated at the Kyiv National University of Culture and Arts, Tonia Noyabrova has directed the awarded short films Independence Day and Everything will be all right and the feature debut Hero of My Time. She is in post-production with her second fiction feature Do You Love Me?, which has participated as work in progress at a number of festivals. Noyabrova plans to work with the script for a a comedy about Ukrainian refugees in Europe and look for partners for parts of the post-production of Do You Love Me?

Educated at the Karpenko-Kary Kyiv National University, Antonio Lukich’s student film Fish of Lake Baikal and his graduation film It Was Showering in Manchester were both award winners and his feature debut My Thoughts Are Silent has travelled to festivals over the world. He is now finishing the work with his second feature Luxembourg, Luxembourg, which will be premiering at a big festival, during the autumn. Antonio Lukich plans to work with the script for a new film, with his hometown Uzhgorod in focus.