The Event Cinema Association today announced that founder and managing director Melissa Cogavin has mutually agreed with the board of directors to resign her position. The board has elected to manage the day-to-day running of the ECA for an interim period and will be seeking a replacement for Cogavin in the near future. 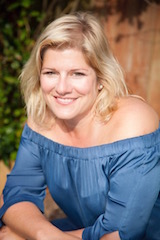 Cogavin said, “At this stage in the association’s evolution I feel it is the right time to step down. I am grateful for the belief people had in me when I started the association in 2012. We should all be proud of ECA’s accomplishments with 200 members in 41 territories representing a strong, united industry. I am now ready to take on a new challenge and will continue to support the ECA wherever I can.”

Cogavin spent four years consulting for clients such as the Royal Opera House, Rising Alternative and CinemaLive before identifying a need for cohesion in the growing area of event cinema, and took the concept to the market.

Over the last six years she has managed to unite and promote the fledgling industry internationally. Through the internationally screened cinema trailer the ECA has urged audiences to look for event cinema titles at their local cinemas. The annual ECA Conference has brought together the leaders of the industry with the ECA Awards recognizing box office achievements and individual effort within the sector. ECA members have also benefited from publications such as the Technical Delivery Handbook which provides an impartial best practice guide for the entire supply chain of Event Cinema, bi-annual industry reports and trade show presence at CineEurope and CinemaCon.

Simon Tandy, ECA board member, will be leading the board in its on-going activities with responsibilities shared out among the other members.

"The Event Cinema Association would not be where it is today without the input, drive and hard work of Melissa Cogavin,” said Simon Tandy. “Over the past six years, Melissa has launched and nurtured a new organization within a new sector and helped it to grow – a formidable task, yet it is one that Melissa has proven adept at handling. On behalf of the ECA, we thank her for her contributions and wish her all the best with her future endeavors.”

Longtime ECA member and former founding board member Graham Spurling of [email protected] Cinemas in Ireland said, “As one of the founding board members of the ECA, without the tornado like-drive that Melissa possesses, I am sure the ECA would not be where it is now. Melissa took what was essentially a kitchen table concept and turned it into a badly needed worldwide body. I cannot thank her and her wonderful background team (you know who you are) enough for making the ECA the success story that is truly is.”

Cogavin will be returning to the consultancy she enjoyed prior to setting up the ECA, using her skill set and experience to assist the event cinema industry.

She can be reached at [email protected].