Marcus Theatres has announced the expansion of the CineLatino Milwaukee Film Festival, which is presented by Advocate Aurora Health. The 2019 event takes place April 10-14 and features 15 films, three locations and a variety of special activities that help raise money for the community. A portion of net proceeds will be donated to local Hispanic health and education efforts; combined, the first two years of the festival raised more than $40,000 for these initiatives. 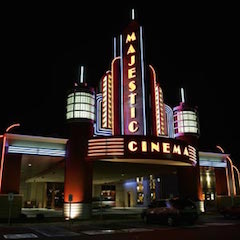 CineLatino will kick-off April 10, at the Marcus Majestic Cinema of Brookfield with a fundraiser benefiting the Aurora Cancer Care – Spanish Clinic. The celebration continues with a four-day film festival at the Majestic Cinema of Brookfield, Marcus Renaissance Cinema in Sturtevant and Marcus South Shore Cinema in Oak Creek. Tickets are on sale now for the fundraiser as well as individual films.

“Marcus Theatres is thrilled to make CineLatino available for even more of the community to enjoy in 2019,” said Rolando Rodriguez, chairman, president and CEO of Marcus Theatres. “Not only have we assembled a fantastic film line-up, we have the honor of premiering three films for the first time in the U.S. right here in Milwaukee! The momentum is building for another tremendous festival that celebrates Hispanic films, culture and, most importantly, gives back to our community partners.”

“We are proud to join Marcus Theatres for its third year hosting the CineLatino Film Festival,” said Erickajoy Daniels, senior vice president and chief diversity and inclusion officer for Advocate Aurora Health. “This festival offers our communities the unique opportunity to both learn and connect through the art and celebration of film.”

Fifteen films will be presented primarily in Spanish with English subtitles, including three nationwide premieres. Horror fans will jump at the opportunity to see The Curse of La Llorona one week before the rest of the U.S. Meanwhile, El Chicano and Superlopez, will both premiere domestically at the festival. Films will play at a combination of Majestic of Brookfield, Renaissance and South Shore Cinemas, with certain titles playing exclusively at South Shore Cinema. Half of all net proceeds from the film festival will be donated to local Hispanic health and education efforts.