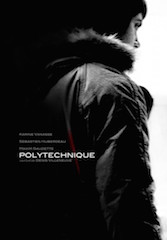 A celebration of Canadian cinema will take place in Los Angeles April 18-23 with a variety of screenings at The Cinefamily and The Aero.  The Los Angeles marathon of screenings will kick-off on the evening of April 18 with Polytechnique (Denis Villeneuve) and continue on, April 19 with screenings of The Saddest Music in the World (Guy Maddin), Meatballs (Ivan Reitman), Strange Brew (Rick Moranis and Dave Thomas) and Incendies (Denis Villeneuve).

The screening of Incendies will be followed by a Q&A with Oscar nominated director Denis Villeneuve, moderated by Alessandro Ago, Director of Programming at the USC School of Cinematic Arts

The Consulate General of Canada in Los Angeles will celebrate National Canadian Film Day 150 with a free marathon of Canadian films in partnership with The Cinefamily and the University of Southern California’s School of Cinematic Arts April 18-19.  NCFD 150, presented by Reel Canada, is a one-day celebration of Canadian cinema, in honor of Canada’s upcoming sesquicentennial.

“From David Cronenberg to Denis Villeneuve, Norman Jewison to Ivan Reitman to Jean-Marc Vallée and so many more, Canadian filmmakers continue to make a massive and distinctive impact on Hollywood,” said James Villeneuve, Consul General of Canada in Los Angeles. “We're thrilled to be able to revisit some of their iconic work and bring the celebrations of National Canadian Film Day and Canada's 150th birthday to L.A."

Presented by Telefilm Canada, eight new Canadian films wearing the laurel leaves of prestigious festival prizes from Cannes to Toronto to Sundance will screen from April 20–23 as the American Cinematheque hosts Canada Now: Best New Films 2017. A number of filmmakers will be present for post-screening discussions. Those screenings will take place at the Aero (1328 Montana Avenue, Santa Monica, CA 90403).

“What makes Canada, and its cinema, so special is its rich diversity,” said Carolle Brabant, Telefilm Canada’s executive director. “The inaugural annual Canada Now showcase speaks to this diversity, with works from talented women and Indigenous filmmakers, and titles from both emerging talent as well as accomplished veteran directors such as Bruce McDonald and Xavier Dolan.”

It all kicks off with Anne Émond’s sexy, stylish biopic Nelly that explores the turbulent life of Nelly Arcan, Quebec’s doyenne of erotic literature. Other films in the showcase include: Sundance sensation Rumble: The Indians Who Rocked the World on the deep and powerful connections between Native American and African American musical forms that will have you hearing the sounds of America in a whole new way; and new works from Xavier Dolan (It’s Only the End of the World), Bruce McDonald (Weirdos), Zacharias Kunuk (Searchers), Mathieu Denis and Simon Lavoie (Those Who Make Revolutions Halfway Only Dig Their Own Graves) as well as a startling debut feature drama by newcomer Kevan Funk (Hello Destroyer).