Arri will support the 2017 Berlinale Talents program with several events focusing on technical innovation in image and light design as well as digital post-production. These include, among others, a workshop with leading experts at the camera studio and a case study on a large TV drama series production.

“Arri and Berlinale Talents share core values such as a pioneering spirit, a dedication to perfecting their craft and a passion for artistic work. It is an honor for us to have gained a strong and visionary partner such as Arri, especially on its100th company anniversary,” said Berlinale Talents project manager Christine Tröstrum.

Dr. Jörg Pohlman, executive board of Arri AG, added, “Berlinale Talents is where success stories are created and future trends are forged. It’s important to us to actively support this major platform for talent development and to help shape the program. We very much look forward to the ideas and contributions of the international Talents and wish all participants a successful Berlinale Talents 2017.” 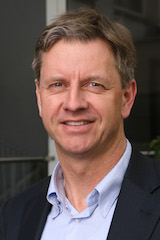 Berlinale Talents welcomes 250 emerging professionals from 71 countries to its 15th edition. Exploring the theme Courage: Against All Odds, the talents will participate in a six-day program featuring over 100 events, with many open to the public. Environmental sculptor Christo is going to join Berlinale Talents. The acclaimed artist will be one of around 100 internationally renowned experts presenting and discussing their work. Berlinale Talents will again take place in the theatres of HAU Hebbel am Ufer February 11-16.

Dieter Kosslick, director of the Berlin International Film Festival, commenting on the upcoming anniversary edition, said, “Since 2003 we have welcomed 5,128 young talents to Berlin, with over 100 returning to the festival or the film market each year. This extended network symbolizes cultural exchange across all borders, keeps the festival cutting-edge and is living proof that talent development always pays off.”

An international selection committee chose the 250 talents out of 2,711 applicants from 127 nations based on their prior achievements and the impact and relevance of their artistic work in their home countries. The 2017 talents hail from the fields of directing (106), producing (49), acting (15), screenwriting (5), cinematography (17), editing (14), production design (13), film criticism (8), sales and distribution (10), score composing (6) and sound design (8). Out of these, 40 participants with projects in development have been selected for project labs in the categories documentary, fiction and short film. The talents are usually five to ten years into their careers and have extensive professional expertise, considerable festival exposure and award-winning films under their belts.

In order to further boost its talent development, Berlinale Talents is delighted to welcome Arri as a co-partner in 2017. Boasting a long tradition, the company is a global leader in the development, manufacturing and marketing of camera and lighting systems for the film industry, and is also active as an integrated media service provider in postproduction and in the rental of camera, lighting and stage equipment.