Global theatrical distributor Abramorama will host the North American streaming premiere of the documentary film, PJ Harvey – A Dog Called Money about the recording artist on Maestro, an interactive live video streaming platform. The event is the first feature film premiere the streaming platform has hosted. 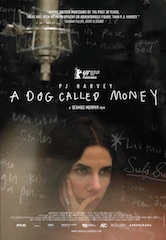 Abramorama’s head of music Evan Saxon said, “With Abramorama collaborating with Maestro, a white label live streaming platform, we are able to give artists, labels and filmmakers such as Seamus Murphy and PJ Harvey yet another opportunity to have their art seen and heard.”

Maestro’s CEO Ari Evans added, "We have been bullish on live stream film premieres for years and are delighted to see this groundbreaking new use case on our platform. It is not surprising to see such an innovative group of creatives exploring this new direction with us starting with this powerful documentary. We look forward to unlocking new opportunities for the film industry extending well beyond the pandemic as the age of streaming and digital experiences continues to flourish."

PJ Harvey - A Dog Called Money is an intimate journey through the inspiration, writing and recording of a PJ Harvey record. Harvey and Murphy travelled through Afghanistan, Kosovo and Washington, D.C. before landing back in London to record in an unprecedented and experimental way: with the public watching.

For information on the global premiere visit www.adogcalledmoney.com