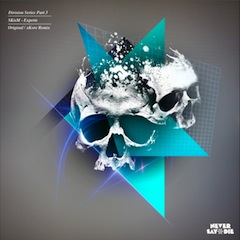 Eugene Riecansky claims it was love at first sight. It was about eight years ago, the visual effects and music industry veteran was working on a video for alternative metal band Deftones and first encountered Autodesk software at a participating post house. A recent project had the team creating tour visuals for international DJ, Skism. After using Maya to help create pristine elements such as Snakes wrapped around neon crosses, huge robotic structures, and pulsating skulls, the Rockstar team was able to move the entire project, including the 3D assets created in Maya, quickly and easily into Smoke to bring everything together and provide animations ready for the DJ to use live on tour.

“As soon as I saw what we could do with Autodesk tools, I wanted them,” says Riecansky. “Over the years, Autodesk Smoke has become something of a personal fixation.”

A lot has changed in eight years, for both Riecansky and Autodesk Smoke software. Rockstar – the multi-award winning visual effects and motion graphics studio that Riecansky started 15 years ago in Norwich, England – has evolved from creating websites for music and entertainment acts to delivering much sought-after visual effects and post production services for music videos, tour and event visuals, commercials, and online experiences. Now, having worked with clients that include the likes of Madonna, Kat Von D, Oasis, Muse, Jim Carrey, HIM, and MTV UK, among others, Riecansky and Rockstar are experiencing the flexibility and accessibility of Smoke first-hand.

Even before founding Rockstar in the late 1990’s, Riecansky found himself inextricably drawn to the idea of what he calls “music industry design,” and spent the early days of his career at the very forefront of that constantly transforming industry. One of his first jobs was designing and developing some of the first visual content and moving imagery capable of being viewed using CD-ROM technology. The young graphic designer quickly found himself creating cutting-edge looks for music stars like Annie Lennox and Nine Inch Nails. Even in those heady early days, however, Riecansky was already imagining new and better ways of working in the music business.

“We started Rockstar by doing early websites for British bands like Sugababes and The Prodigy,” he says. “There wasn’t a whole lot you could do with websites back then, but we found ways to make ours stand out. On one site, we added some moving images, but they took so long to download that we included a videogame for users to pass the time. We were always pushing the envelope creatively, doing as much as we could with what we had, and doing some pretty wild things.

The business continued to evolve quickly, and Rockstar and Riecansky moved right along with it, transitioning from unusual websites to designing tour and event visuals, creating commercials and teasers, and even directing music videos like Madonna’s Get Together (2006). But it was on the Deftones video that Riecansky experienced an Autodesk epiphany.

“We were asked by a post house in the United States if we could make the video better, and we had to do it on a very tight deadline,” says Riecansky. “We basically went in with a whole bunch of Photoshop layers and some animations we’d made and we put it all together in one day. Being able to use all those tools, all in one place was a transformative moment for me. From that day forward, I wanted Autodesk at Rockstar.”

Riecansky is still most pleased with the fact that his team can now stay in one system to accomplish almost everything they need to do on a production, without the tedious and time-consuming importing and exporting they used to do between editing and visual effects software. “We’re kind of lazy that way,” he says with a laugh. “It is such a drag to have to keep exporting and importing every time you want to do a roto or a bit of keying. What we want to do is make cool stuff for cool bands, and get it done quickly, and Smoke is helping us do just that.”

Now that Autodesk Smoke has arrived at Rockstar, Riecansky and company have the software going at breakneck speed.

“Using Autodesk Smoke provides a fast and creative environment to work within.” he says matter-of-factly. “Smoke is basically the backboneof everything we do now. While other places will do the offline using other software before bringing it into the Smoke suite for conforming, we use it right from the start of each job. Even if we won’t be needing any post effects, we still use Smoke asour cutting tool.”

“We’ve been trying to up our game in the 3D area lately,” says Riecansky. “We’re really enjoying using 3ds Max and Maya to create more photorealistic stuff. The fact that Smoke, 3ds Max, and Maya work so well together makes for a much more streamlined workflow on all our jobs.”

One of the team’s first jobs using the new systems was a series of short idents for MTV UK to mark the start of the new school year. New School Yeah reveals a series of eerie scenes of a deserted school and some ghost-like sports, science, and musical equipment floating around the empty rooms. Using a combination of live action background plates shot at a local high school and 3D objects created in 3ds Max, Riecansky and his team used Smoke to bring the whole project together to create a total of 36 versions of the compelling spots.

“Right now, we’re really focusing on becoming a one-stop design agency that can do anything for bands, and using Smoke as our top tool,” explains Riecansky. “Soon, I look forward to every artist in our studio having their own Smoke on their desk to use on a daily basis. The overall experience of using Smoke is brilliant. From the moment you start it up until you shut it down, it’s quite a joy. I wish we’d had it years ago.”