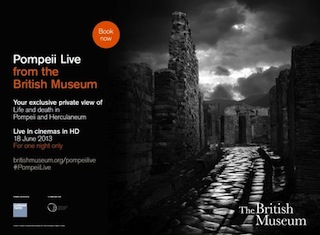 The Event Cinema Association has announced the winners for its Second Annual ECA Awards. Sponsored by Rentrak, the awards recognize the achievements in box office admissions, excellence in programming and excellence in exhibition and this year saw a stellar crop of awards received by high profile names including the British Museum, the BBC and the Royal Opera House.

Melissa Cogavin, managing director of the ECA,said,  “We saw a big increase in the number of box office awards given this year which just goes to show how far we’ve come as an industry. I am delighted to see so many great titles, companies and individuals duly recognized for the hard work it takes to make a success of an event cinema release – it’s indicative of the rise of event cinema as a sector and the ECA congratulates them on a great achievement.”

Lucy Jones, business development director at Rentrak, the ECA Awards sponsor said, “The conference really highlighted how far the sector has evolved, particularly in the last year. As the only company recording event cinema box office data across the UK and Europe, Rentrak are delighted to be working with the ECA in recognizing the growing achievements of providers in this field.”Austin Shaw, ECA board member of the ECA and COO of Omniverse Vision said, “When we conceived the idea for the ECA Awards, exceeding 500,000 admissions seemed a long way off, but we’ve seen the BBC and others far exceed this at the box office now. This is a fantastic indicator of the trajectory of the industry in general and a very healthy sign of the shape of things to come. Next year will be even better.”

The Award season runs from May 31 – June 1 each year with some record breakers in only the last couple of months with Monty Python (Almost) Live, Billy Elliot The Musical Live and One Direction – Where We Are.

Voting by members took place in October and the winners are:

Dr Who – Day of the Doctor, BBC Worldwide

Canonization Live in 3D from the Vatican, Nexo Digital