When Technology Isn’t the Issue 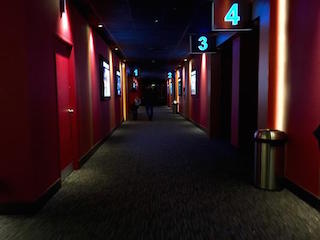 Technology fails. Anyone reading this article knows that even better than I do. That’s been a fact of life in the motion picture business from the earliest days. Film jammed in cameras and projectors, light bulbs burned out unexpectedly, and sound systems malfunctioned for no apparent reason. In each case, the people involved addressed the problem and moved on. Thankfully, technology today is more robust and reliable than ever before and when something goes wrong it’s often easier to fix than ever before. But technology isn’t always the issue. Increasingly in today’s competitive entertainment environment, the important issue is customer relations.

Cinema advertising is one of the bright spots in exhibition, with annual revenues nationwide now topping $750 million. But it becomes a pointless exercise when the screen in front of you is blank.

Last Friday, June 23rd, my daughter and I went to the Showcase Cinemas in Providence Place, an upscale mall in downtown Providence, Rhode Island. Our plan was to see the four o’clock screening of Walt Disney/Pixar’s Incredibles 2. Since we both enjoy pre-shows, in this case Screenvision’s, we always arrive early enough to be able to see them. Last Friday, though, while the barely discernible sounds of the pre-show played, the screen remained white.

When we brought the situation to the attention of an employee we were told, “Oh, don’t worry, it will fix itself when the movie starts at four.” To make matters even more personal, the local company my daughter works for runs advertising in that Screenvision pre-show.

But we really just wanted to see the movie, not fight battles, so rather than press the matter and miss the show we returned to our seats and, as promised, promptly at four o’clock, the trailers and the feature played as expected.

Some might argue that I, of all people, should understand that sometimes technology fails and that this was simply a matter of one employee who, perhaps, could have handled the situation better. To those people I would say, you’re right, except that a similar situation occurred in the same theatre eight years ago.

In 2010 my daughter and I again went to the same Showcase Cinemas to see a Sunday afternoon screening of yet another Walt Disney film, The Secret World of Arrietty. This time the pre-show picture was working fine but there was no sound. 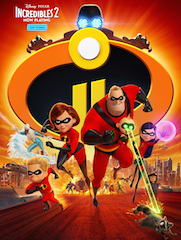 I debated what to do then and finally decided it was my responsibility to let someone working at the theatre know about the problem. I descended the stairs from our seat and as I made the turn at the tunnel leading to the doors, I almost literally bumped into two ushers, a young man and woman. They were both gazing at the screen and, at first, I figured that maybe they were there to troubleshoot the sound issue.

When neither of them seemed to acknowledge me I said, “There’s no sound.”

To which the young woman smiled brightly and whispered, “It’s okay. Nobody cares about this anyway. Don’t worry, the sound will come on when the movie starts.”

Which it did, and my daughter and I both thoroughly enjoyed the film.

Why didn’t I write an article about that experience? I debated it at the time and finally concluded that glitches do happen and young employees do make mistakes. It was also the early days of cinema advertising and digital pre-shows and as an advocate for digital cinema technology I hesitated to say anything negative.

In retrospect, that was a mistake, and not because of the technology mishap. Technology breaks down, thankfully, not that often, but it happens and can’t be avoided. 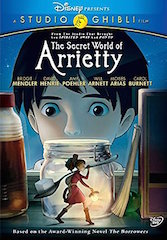 Regarding last Friday’s experience, I contacted Showcase Cinemas and, in minutes, heard back from Rachel Lulay who, according to her email signature works for Showcase Cinemas’ public relations department. She asked me to clarify the details of the problem we encountered, which I did. In the same email I explained who I was and that I planned to write about the experience and would like to speak with an executive at Showcase or National Amusements to get their reactions and how they handle this kind of situation. To date, and after several follow-up emails, no one including Rachel Lulay, has responded to my request for an interview.

I also spoke with a top executive at Screenvision who promised to investigate the matter and get back to me, which she promptly did. In her follow-up response she said, “A small percentage of our screens use on-screen advertising projectors instead of the digital cinema projectors, thereby requiring a separate bulb. This was an unfortunate instance where a bulb needed replacing.”

She said she had not been aware of the problem until I contacted her but stressed that “by the time we reached out [to Showcase] the bulb had already been replaced and the situation resolved.” She added that, thanks to new digital technology “we receive a report through our system each day which alerts us to any issues in the field. From that, we can offer make-goods where necessary.” 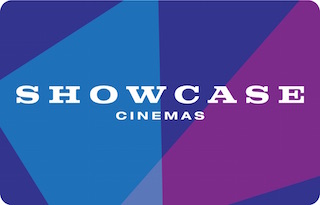 Screenvision is satisfied with how things all worked out and the executive emphasized the good relationship her company has with Showcase and National Amusements.

The issue here is not the technology. New advances in technology have made the task of making, distributing and exhibiting films easier and more foolproof than ever. The issue here is customer relations and that starts at the top in every company.

These are challenging times for movie theatres around the world as they face increased competition from a variety of entertainment options. Digital cinema technology has allowed for increased productivity in theatre operations and, in theory, paved the way for theatre employees to have more time to focus their attention on customer service.

Customer service is one area where exhibition can stand out from all of its competition. The best exhibition companies understand and practice this every day. The young theatre employees I dealt with could not have been more polite or attentive But their assumption, both times, that no one cares about the pre-show was simply not true.

Screenvision and their main competitor, National CineMedia both put many hours and many dollars into finding new ways of making the pre-show experience more entertaining, inventive, interactive, creative and fun. Each year movie theatres around the country reap the ever-increasing financial rewards of all that effort. Top management at Showcase Cinemas and National Amusements must surely understand and appreciate the value of the pre-show. It’s a shame they apparently haven’t conveyed that to their employees.