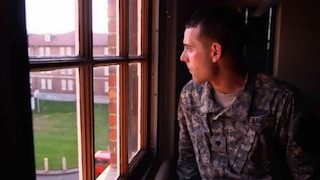 The Kill Team, which won for Best Documentary Feature at the Tribeca Film Festival and earned the Golden Gate Award at the San Francisco Film Festival, tells the story of a group of U.S. soldiers stationed in southern Afghanistan who, motivated by fear and boredom, take to murdering Afghan civilians and then staging those killings to look like good shoots.

The film focuses in particular on one soldier whose attempts to alert the military to the atrocities went unheeded and who later became a target of war crimes investigations. The documentary is composed of interviews with four soldiers charged in the case and family members along with news footage and amateur material shot by soldiers in the field.

Colorflow provided final post-production services for The Kill Team, an emotionally gripping documentary from director Dan Krauss that probes one of the most troubling chapters of the Afghanistan War. The Berkeley boutique performed conform, color and final finishing for the film.

Pritchett, whose credits range from studio blockbusters and television shows to independent films and documentaries, said the grade applied to The Kill Team was unusual for a documentary in its attention to detail and use of color to enhance the story. Working under Krauss’ direction, he focused, in particular, on giving interview segments a nuanced, polished look.

Many of the interviews were recorded in less than ideal conditions in a room in a courthouse during breaks in criminal proceedings. “The interviews were conducted throughout the day and there were lots of windows in the room, so the lighting varied considerably,” Pritchett said.

“We needed to balance the lighting and we also wanted to avoid making everything look bright and cheerful. The subject matter is very heavy and we wanted audiences to see these guys for what they are.”

Pritchett created slightly different color treatments for each of the film’s four principal subjects. “We applied a moody, gray treatment to one of the guys to reflect the severity of his sentence and to indicate how messed up he is,” Pritchett said.

Achieving such a refined look required detailed work. For many scenes, Pritchett needed to track the subject’s face and body features by hand in order to apply light and contrast effects consistently.

Colorflow also performed technical processing on media originating from news footage, soldier-produced videos and other sources. Much of that material had to be brought up in resolution and processed to remove noise and other artifacts so that it would hold up to theatrical screening.

The care and attention applied to The Kill Team during post sessions at Colorflow is unusual for an independently produced documentary, said Colorflow director of business development Kim Salyer, but it is something that the facility is firmly committed to. Providing films with a finish on par with studio features makes them more marketable and results in a richer experience for audiences.

“The Kill Team tackles a very difficult subject matter,” Salyer said. “Our role is to help quality filmmakers like Dan Kraus by providing them with sophisticated color grading that enhances their films and deepens their emotional impact.”