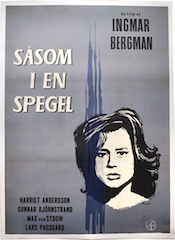 The Swedish Film Institute, Stockholm, today announced their decision to share and distribute their vast library of classic Swedish films for cinema audiences in partnership with Unique Digital’s Movie Transit network. The Swedish Film Heritage, consisting of more than 8,600 titles, is currently being digitized by the Swedish Film Institute to make selected features available to Swedish cinema audiences everywhere. Utilizing the Movie Transit Network, Swedish Cinema goers will now be able to experience classics such as Körkarlen (1921) by Victor Sjöström, Såsom I en spegel (1961) by Ingmar Bergman, Amorosa (1986) by Mai Zetterling, and Resan till Melonia (1989) by Per Åhlin.

“Movie Transit is the only digital distribution platform to retain and share such priceless content for audiences of every age to experience and enjoy in the best possible viewing environments,” said Eyvind Ljungquist, Unique Digital’s Nordic sales director. “It is indeed the first time in the world that such a range of successful and historic films will be available on demand in the cinema.”

“With the Film Heritage Digitizing project, we’ve brought back a wealth of Swedish Classics to the big screen, and we’re very excited to be able to make these available to Swedish Cinemas across the country,” said Mathias Rosengren, head of the film heritage department at Stiftelsen Svenska Filminstitutet.

Unique Digital’s platform Movie Transit was the first network in the world to offer nationwide distribution of theatrical feature films via landline broadband and is currently delivering films in 370 Cinemas across Sweden. Using this nationwide digital network, the vast library of films will be available to over 90 percent of Swedish Cinemas for audiences to continually appreciate and enjoy.

According to Unique Digital, Movie Transit is currently the largest broadband delivery platform in Europe, delivering the majority of content to more than 1,700 theatres across Sweden, Norway, Denmark, Finland, UK and Ireland.