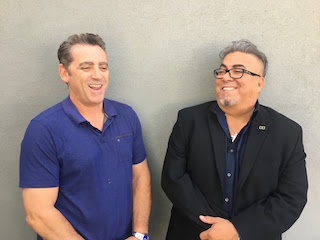 The company has already mixed its first two television series: season three of AMC’s Halt and Catch Fire and the debut season of Westworld for HBO. Upcoming projects include The Exorcist (Fox) and Frequency (Warner Bros.).

“Studios and independent producers have a new resource for sound,” said Rodriguez. “We offer some of the industry’s most talented and experienced mixers and some of the best mix stages in Southern California. And it’s available in a comfortable, relaxed and friendly environment, where many other sound and picture services are readily available.” Rodriguez adds that South Lake has forged a close working relationship with sound editing company Atomic Sound, also headquartered on the Roundabout campus.

Rodriguez brings more than 20 years of experience in sound, including executive roles at Todd-AO/Soundelux, Wilshire Stages, 4MC and EFX Systems. In addition to managing sales and operations for South Lake, he will continue to serve as Vice President of Audio Services and Development for Roundabout, a position he assumed last year.

Rogers has more than 200 credits as a re-recording mixer across television and features. His most recent Emmy nomination came in 2012 for the drama series Person of Interest. His other Emmy noms were for the mini-series The Andromeda Strain, The Ten Commandments and Annie. He won a CAS Award in 2010 for Into the Blue 2: The Reef, alongside eight other nominations. A freelancer for most of the past decade, he also spent 12 years on staff at Walt Disney Studios.

Rogers says South Lake’s aim is to focus on customized service and creative execution. “I love the facilities at Roundabout; it has a boutique feel, the technology is first rate and the client services are fabulous,” he observed. “My clients love coming here. It’s exactly what I was looking for: a company of like-minded individuals committed to delivering an exceptional product in an environment that encourages creativity. There are no compromises.”

...
Read More
Drive-Ins Past and Present