Welcome to Digital Cinema Report 2.0. Starting with this issue the completely redesigned magazine now delivers daily updates, videos, direct links to social media, and easier access to the thousands of articles in our archives. Our redesign coincides with a turning point in the motion picture business. The digital cinema era has reached a plateau and while many see this as the end of something it is in reality just the beginning of fulfilling the promise that all the new technology has to offer – the beginning of the New Cinema era. When we launched Digital Cinema Report more than a decade ago 35mm film still dominated the motion picture industry and the Internet was just emerging as a cultural force. That has all changed and the New Cinema takes advantage of all the digital tools now available to make films and programs that are a genuine part of the social fabric, sometimes even in the conception, funding and development stages. The result is a growing number of events, movies, and documentaries that have powerful, personal and cultural messages. Last year’s The Invisible War is a perfect example. Made for less than a million dollars and nominated for many major awards, including the Oscar, it is a very important film. 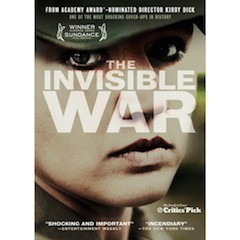 While The Invisible War could have been made a decade ago it is unlikely that it would have been and if it had it definitely would not have been the same film. To understand how and why, first consider just how much our culture in general and the motion picture industry in particular, have changed in ten years.

Ten years ago, you would not have needed all your fingers and toes to count the number of digital cinema projectors installed in movie theatres around the world. Ten years ago, there was no LinkedIn, no Facebook, no Twitter and no YouTube. Ten years ago there was no Kickstarter and the term crowd funding had not even been coined. Ten years ago if a still camera was even seen on a movie set, the chances are that someone was using it to take publicity shots. Ten years ago, if you said the word cloud to a person working in post-production the first image to enter that person’s mind would surely have been the grey and white things in the sky. And ten years ago the high definition version of Final Cut Pro had not yet been released.

When we launched Digital Cinema Report in 2002, I wrote that my primary purpose for starting this magazine was my strong belief that digital cinema technology would ultimately create new opportunities for independent filmmakers because, for the first time, movie theatres would have the ability to present a wide range of content beyond Hollywood feature films. I wrote that there was the possibility that this new content – what the Hollywood studios at the time dismissively branded “alternative content” – would someday replace Hollywood feature films as the main revenue source for some theatres. Today that potential is being fulfilled as a growing number of concerts, arts events, charity functions and independent movies are taking their place on big screens around the world. This is especially true of documentary films, which are undergoing a Renaissance.

The makers of The Invisible War discovered their topic in an online article, arranged and organized interviews using Facebook and filmed those interviews with low-cost digital cameras.

For Oscar- and Emmy-nominated director Kirby Dick (Outrage, This Film Is Not Yet Rated), the inspiration for The Invisible War came from a 2007 Salon.com article about women serving in Iraq entitled The Private War of Women Soldiers, by Columbia University journalism professor Helen Benedict. When Dick and Emmy-nominated producing partner Amy Ziering (Outrage) read Benedict's piece, they were astounded by the prevalence of sexual assault in the military.

“We were extremely surprised by the extent of the problem, how psychologically damaging it was, and the extent of the cover-up,” Dick says. “More than half a million service men and women have been sexually assaulted since World War II. That comes as a shock to everyone we’ve spoken to. This is my 10th film and its subject matter is the least known to the public of any of my films, even though it most widely affects our society.” 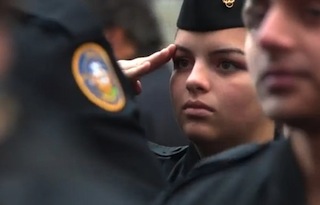 The filmmakers were equally surprised to learn that no one had yet made a feature documentary on the topic and almost immediately decided to make a film about the subject. They began by contacting victims, which proved to be a challenging task. “The military really keeps information on lockdown,” Dick says. “If you’re in the military, you can’t speak to the press without approval or you could be court-martialed. And you can’t sue the military for anything that happens to you while in service, so civil courts are not an option to get the truth out.”

Add to that the victims’ difficulty in talking about what they’d experienced. Many are highly traumatized and suffer from shame, agoraphobia and severe depression, Ziering says. “There’s much about being raped in the military that’s very different from civilian rape,” she explains. “In many ways it can be even more profoundly damaging. If you’re a civilian, you can seek immediate comfort and support from friends and family, and you can seek recourse through the criminal justice system. If you are raped in the military, you don’t have these options. Plus, it goes against the creed you’ve been taught—‘A good soldier doesn’t tell on a fellow soldier – good marines suck it up.’ All these things combined have kept so many victims from being able to talk about what happened to them."

To find subjects, the filmmakers put up a Facebook page, inviting victims to share their stories off the record. They also scoured the Internet for press stories, usually from small outlets, on the topic, and began contacting victims’ advocates and journalists. It started slowly at first but over the next few months, Ziering says, “I had dozens of very sad and astonishingly similar e-mail messages from all over the country. Over and over again different women recounted virtually identical stories of experiencing a brutal assault followed by ostracization and isolation. It was chilling.”

Once they developed a list, Ziering began the arduous task of contacting people and developing relationships with more than 100 subjects via lengthy in-depth conversations over the phone. They then shot pre-interviews; Ziering conducted the interviews and Dick shot and asked follow-up questions. Once the project was underway and they had some footage to present to potential funders, it became easier to acquire financing. The editing process began in 2011 while shooting was still in progress. This enabled them to shape the direction of the film and to determine what else was needed to tell their story. 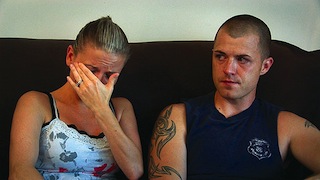 “For many, it was the first time they were speaking to anyone outside their family or a few close friends,” Dick recalls. “These were the most emotional interviews I’ve ever done. They allowed us to understand the real depth of the trauma and extent of the issue. We were able to find some wonderful film subjects.”

The filmmakers were concerned that the process of recalling the trauma of rape would trigger post-traumatic stress episodes in the subjects, many of whom had already been diagnosed with PTSD. But despite the pain in recounting their travails, the experience ultimately proved cathartic for many of the interviewees. “They were so validated by it,” Dick says. “This was the first time an authority of any kind was saying, ‘we believe you and understand what you've gone through. We want to tell your story.’ It meant a lot to them and it meant a lot to us.”

Ziering says it took an enormous amount of strength for the women to open up. “Many of them had met with reprisals for speaking out in the military, and here they were being asked to share their story again, this time for the whole world. Whenever I’d ask any of them why they had elected to talk, they would say: 'I'm speaking now because I don’t want another servicewoman ever have to go through what I went through.'”

Ziering conducted the subject interviews, which focused mainly on female victims. “Amy did one of the most remarkable series of interviews in recent documentary history,” Dick says. “She was able to go very deep with them and still be very caring. It’s one of the reasons the film is so powerful.” 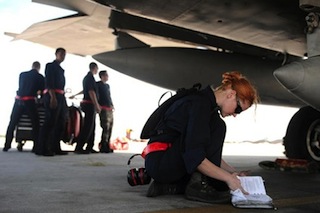 The Invisible War was able to achieve something very rare for a documentary: the breaking of a major news story revealing the cover up of a large number of incidents of harassment and sexual assaults at Marine Barracks Washington, the oldest and most prestigious Marine base in the country, over the past five years. After the film broke the story at the Sundance Film Festival, it was covered by all major networks and news organizations across the country.

As to why the military’s response to the epidemic within its ranks has been so tardy and ineffective, Dick is baffled. “It’s a good question,” he says, estimating that the military is losing thousands of its best soldiers each year due to the problem. “There’s no question that by effectively dealing with this issue they would have a much stronger fighting force. They talk about zero tolerance but they're not doing what they need to do to achieve it. If there’s a soldier who is hurt on the battlefield in Afghanistan, the military code is to go out there and get that soldier – no soldier is left behind. They need to have the same attitude toward protecting their own soldiers from sexual assault.”

The final reported total budget for the film was $850,000. Dick shot with a Canon 5D and a Sony Z1, two low-cost digital cameras. The movie was screened in three formats HDCam, Blu-Ray and DCP. The Invisible War premiered at the 2012 Sundance Film Festival where it was named Best U.S. Documentary. It went on to secure many other awards and recognition including a nomination for the Academy Award for Best Feature-Length Documentary. More importantly, it significantly changed the national conversation about a very serious topic. That conversation continues today and it is gaining momentum following The Invisible War’s screening last month on PBS.

There are more examples of the New Cinema on screens – and on laptops and tablets – being viewed – and created – as you read this. The entertainment industry is transforming itself before our eyes and, now more than ever, Digital Cinema Report remains the place to stay informed about the latest developments in motion picture technology and business. Welcome to the New Cinema era. Welcome to Digital Cinema Report 2.0.