Netflix and the Future of Event Cinema 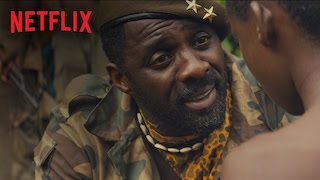 Let’s be clear about one thing: there is no such thing as alternative content. People do not leave the comfort of their homes to pay twenty dollars and more to sit in a movie theatre to watch something inferior or alternative. They gladly pay higher ticket prices because they enjoy events targeted at their specific interests. For big screens, great sound and comfortable reclining seats in a room with like-minded people. For the shared experiences of opera, theatre, concerts, sports, and more: a wide and growing range of programs. These aren’t alternatives to anything; these are events that, until only recently, people could never see this way. And let’s be clear about one more thing: Netflix will play a major roll in the future of event cinema.

Last week, in an excellent Variety article entitled, How Netflix’s Beasts of No Nation Could Change the Movie Business, Ramin Setoodeh wrote in depth about the movie and what it says about the company’s plans to move aggressively into the exhibition business.

In Beasts of No Nation, writer/producer/director Cary Fukunaga (True Detective) tells the story of an African tyrant known as the commandant who recruits an innocent boy into his army of youth soldiers. Irdis Elba, (The Wire, Luther) portrays the commandant.

Netflix acquired the movie last winter for $12 million, Setoodeh writes, “as part of a plan to upend the conventions of the film business in the same way it has transformed traditional TV viewing with original series such as Orange Is the New Black, House of Cards and Daredevil.”

In the coming days and weeks Beasts of No Nation is being screened in three film festivals – Venice, Telluride, and Toronto – and will premiere October 16 on Net­flix, the same day the film opens in platform release on 29 screens. Bleecker Street is the distributor. 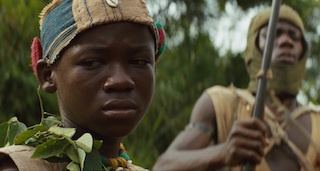 According to Setoodeh, “Netflix already has committed to backing its inaugural feature with a formidable awards season push, and a massive ad campaign of billboards, TV spots and online trailers. But because the major chains — AMC Theatres, Regal Cinemas, Cinemark Theatres and Carmike Cinemas — still refuse to show titles that aren’t exclusive to multiplexes, the only venues that Beasts can occupy are arthouse screens like the Alamo Drafthouse chain.”

“Netflix will have to prove its value to theater owners,” John Fithian, president of the National Association of Theatre Owners, told Seetoodeh.

Seetoodeh goes on to write: “Despite some resistance, Netflix’s entrance into the movie business will be a game changer. Unlike theatrical distributors, whether Disney or Fox Searchlight, the video-streaming goliath doesn’t need to rely on ticket sales to measure a film’s success. Rather, Netflix makes money through its paid subscriber base, which is 65 million and growing.” 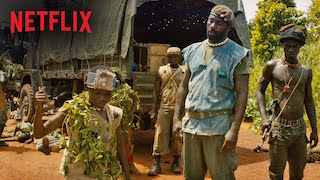 “I feel like it’s incumbent on us to make and distribute movies that are so good that theater owners will want to book them,” Sarandos told Seetoodeh, arguing that limited access to first-run movies is bad for business. “Every single bit of media in the world has been impacted by the Internet — books, television, music; everything, except for the window of theatrical movies.”

To date, Netflix has ventured into what productions that most resemble independent films, even though most have been extended series. In the Variety article, Sarandos said Netflix has the capability to make tent-pole movies like this summer’s Jurassic Park success. There’s no reason to doubt him, but I don’t think that’s where Netflix’s lies. Netflix has proven that it can turn its productions into events. The first episodes of Netflix’s House of Cards and Orange is the New Black became must-see TV events. There is every reason to believe the company could turn future projects into similarly exciting events for the big screen.

The biggest event cinema successes to date have attracted tens of thousands of customers.

With 65 million (and counting) subscribers, Netflix has access to an untold number of interest groups of varying sizes. And with all the tools of social media at its disposal and a marketing budget in the millions of dollars, organizing those subscribers into large potential audiences for big screen events tailor made for their interests is not a significant challenge.

I repeat: Netflix will play a major role in the future of event cinema.