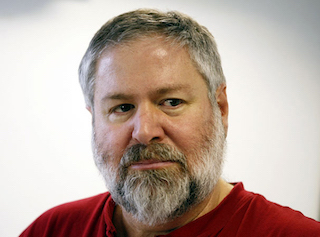 It’s an understatement to call Cooke Optics’ chairman and owner Les Zellan a digital cinema pioneer. In 2000 when he first introduced the idea of metadata technology in lens manufacturing, only a small number of people believed that digital cinema technology would ever truly replace film as Hollywood’s production medium of choice. At the time, the American Society of Cinematographers was actively campaigning against the idea of replacing film projectors with what were derisively called video projectors. Much has changed, of course, but Zellan still talks in the wary manner of pioneers who understand that, even though they’ve overcome some challenges, there are still more to face.

Just before the end of 2015 Cooke Optics announced what it termed a roadmap for delivery of its most recently announced lenses, as well as an update about  /i3, the latest and most ambitious version of its /i Technology metadata system. The 65mm Macro and 135mm Anamorphic/i lenses began shipping just prior to that announcement, while the 180mm and 300mm will follow in January 2016. The first of two zoom lenses – the wide 35-140mm – will begin delivery by NAB 2016. A longer zoom is scheduled for the end of 2016.

Cooke is also on course for testing and delivery of /i3 (/i Cubed), the major new version of its /i Technology metadata system that provides detailed lens data to VFX and post-production teams. /i3 firmware now provides distortion mapping, not just a theoretical measurement of all lenses of a particular focal length, but of the specific lens in use.

At that time Zellan said, “Metadata is seen as crucial in other areas of content creation but has not been adopted as widely in acquisition up to now. We believe that /i3 is a significant technological advance that will make an enormous difference to VFX and post workflows. The information that we are able to collect from the lens makes mapping so much more accurate, which will save a great deal of time and money in post.”

A few companies have shared Zellan’s vision. In 2013 Codex and The Pixel Farm announced a plan to work with Cooke to develop and deliver what the companies are called the next generation of metadata capture for film and digital cinema cameras. Since then /i technology has received wider support in the industry; companies including Avid, Sony, Arri, Thales Angenieux and Red have adopted /i Technology within their own products.

In 2014 Cooke Optics received an Academy Award of Merit — an Oscar statuette — for its continuing innovation in the design development and manufacture of motion picture camera lenses. 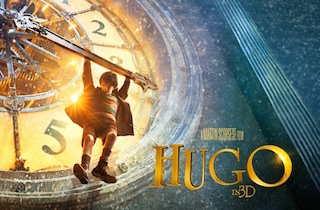 Cooke’s /i technology has also had some high profile successes. Two Oscar winning movies – Martin Scorsese’s Hugo and Woody Allen’s Midnight in Paris – were shot using it. Hugo was the first production to use all three families of Cooke lenses: 5/i S4/I and Panchro/i. It was also the first major motion picture shot with 5/i lenses (closely followed by Allen’s Midnight in Paris) and the first major film to use /i Technology (metadata) and Transvideo CineMonitor HD 3D View /i monitors.

Gregor Tavenner first camera assistant to Hugo DP Robert Richardson ASC said, “We heard about the 5/i lenses so we decided to take a look at them at Clairmont Camera. They were absolutely gorgeous; they had a beautiful feeling. We ended up taking three sets together with S4/i and Panchros and what we saw was incredible consistency.” In an email to Cooke Optics about the 5/i lenses Tavenner added, “I hope you can feel as proud [of the images] as I do – it’s just a marvelous lens you made! Please show this to those involved with the 5/i project: they need to know how beautiful the images are from their lenses...and in marriage with the Alexa!  What a combo.”  Hugo was also the first project shot in 3D by Martin Scorsese and Richardson and the first major 3D movie shot with Arri Alexa cameras.

Just before the end of 2015, I spoke with Zellan about how Cooke Optics got to this point and what lies ahead. He had the idea to incorporate metadata into lenses as soon as he acquired Cooke Optics in 2000. As is often the case with technology pioneers, he thought the idea was a no brainer. “I saw the absolute need to do this,” he said. “There is a workflow issue. No matter what you think is unimportant, someone down the line will think it’s important.” 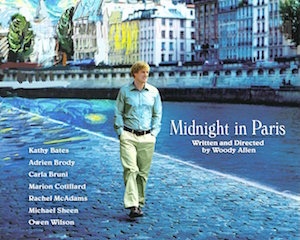 Once the company moved ahead with the concept, he saw how big the challenge was going to be. Looking back he said, “Somebody should have told me, ‘Are you friggin’ crazy?’”

The first problem was the fact that it was still very much the film era. Matters were not helped by the fact that, as Zellan recalled, the first generation of the software was limited. Collecting the metadata was cumbersome at first. “We made a box called a data link,” said Zellan, “and the process was laborious.”

Arriflex was the only company that showed any interest at first but that encouraged Zellan to press on. “We decided to put it into every lens.”

The success of Hugo, Midnight in Paris and other projects helped Zellan’s cause, as did being embraced by a growing number of companies. The biggest plus is that people are now used to working with metadata. As a result, Cooke Optics and /i technology are gaining momentum.

Now Zellan’s focus is on rolling out /i3. The upgrade has involved a lot of trial and error and, inevitably, delays. Some of the delay was due to finding a reliable chip manufacturer. “While waiting,” Zellan said, “we worked on the next generation. The goal was mapping lens distortion. It will create a unique distortion map of every lens that incorporates the /i3 technology. A lot of effects guys are chomping at the bit for this.”

For the detailed work of effects artists, a map of each individual lens has great value. With /i3 technology will enable cinematographers and effects artists to determine each individual lens’ light efficiency. Data collected from a scene includes focus pulls, F-stops, depth of field. Using Cooke’s /i technology, cinematographers and editors will have that information and more available to them for every frame of every shoot.

Eventually every lens in the Cooke Optics line will incorporate metadata, zooms included. One thing has never changed: a good quality lens is something that has remained – and always will remain – a constant in professional cinematography.

Zellan knows that to be true and, ever the pioneer sees nothing but a bright future for the lens business. Zellan foresees a time, in fact, when the lens could be larger than the camera. “As cameras get smaller and smaller,” he said, “it could evolve into situation where what we think of as a camera is simply a chip on the back of a lens.”