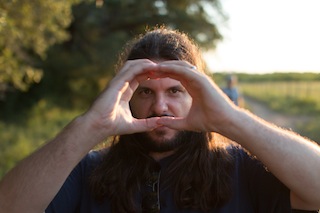 With knowing irony, the filmmakers behind the new independent horror feature Found Footage 3D, call their movie “the Scream of the found footage genre,” and it’s part of the point they’re making. “Of course, shooting a found footage movie in 3D doesn’t make a damn bit of sense,” says Steven DeGennaro, the movie’s writer, director and producer.

“The whole point of found footage is that it’s supposed to be shot by some random dude with a camcorder, not a big Hollywood production company with a massive budget,” he continues in his comments on the movie’s IndieGoGo site. “But our film’s main character thinks that found footage is an easy way to make a buck (or a buck and a half, with the 3D ticket premium). So, sense be damned, he buys a couple of 3D camcorders—one for the movie, one for the behind-the-scenes—and decides to be the first.”

“He’s an idiot, of course, but thank God for that,” says DeGennaro, “because it gives us a very good reason to shoot our movie in 3D. Furthermore, it gives us the opportunity not only to work the 3D intimately into the fabric of the story, but also to do things with 3D that no movie has ever done before. Because the truth is, found footage and 3D are actually a really natural match from an artistic point of view.” 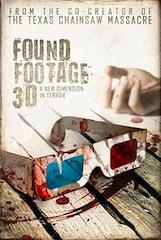 Like Scream, the characters know all of the rules, tricks, and clichés of the genre. Like Scream, it turns those clichés on their heads and exposes too many of the genre’s recent efforts for what they are: cynical cash grabs by clueless amateurs and/or Hollywood executives with dollar signs in their eyes.

DeGennaro wrote the first draft of the script in 2012 and says the idea for including the 3D concept was developed and over the course of two years and multiple drafts. Kim Henkel, the co-creator of The Texas Chainsaw Massacre series helped shape the script. Henkel also serves as one of the film’s producers and has contributed movie memorabilia to the fundraising effort.  Eventually, 3D became woven more and more deeply into the fabric of the story and the visual planning for the film.

Cinematographer Drew Daniels shot Found Footage 3D. He and DeGennaro met at the University of Texas, in Austin. He previously shot several short films that DeGennaro also directed. This is the first feature for both of them.

Daniels says that, “3D was a departure for both of us” and he and the other filmmakers believe theirs is the first found footage horror movie shot natively in 3D. 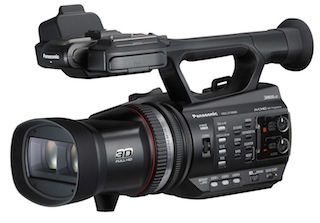 He and DeGennaro tried to get 3D cameras for free but eventually decided just to be their own. They ended up buying three Panasonic HDC-Z10000 3D twin-lens cameras and one Panasonic HDC-HS200 2D camera. Daniels found the Panasonic 3D cameras very forgiving but, as is to be expected with cameras that cost less than $3,000 each, they had their limits. He says the cameras performed well on location. There was an issue with one of the 3D cameras during the shoot and Daniels says the local Panasonic dealer resolved the matter quickly.

The opening of the movie is in 2D and was shot by actor Chris O’Brien. O’Brien also shot a lot of the 3D footage and Daniels credited him with doing a good job, although the point of the story is that his character is not very good with the camera. “O’Brien shot a lot of the footage. He got better as the shoot went along,” says Daniels, “and his mistakes only helped the story.”

Daniels, who had never shot in 3D before, says he really enjoyed the experience. “The main appeal,” he says, “is that 3D makes the experience more immersive and, as a cinematographer, you can play of lot within the frame. You can be dynamic with the blocking.” He definitely would like the chance to shoot 3D again because he believes the format is a richer experience for the audience.

Filming began earlier this year on May 26 in Austin, Gonzales and Dale, Texas, and stars Carter Roy, Alena von Stroheim, Chris O'Brien, Tom Saporito, Scott Allen Perry, Jessica Perrin, and Scott Weinberg, and wrapped mid-July. The movie was edited by Pete Barnstorm and is complete except for one final shot.

The film’s IndieGoGo campaign is largely to raise money for the effects needed to make a key shot in the movie work. Daniels says, “It is a pivotal shot where they realize that they’re no longer making a movie; they’re in a movie.” 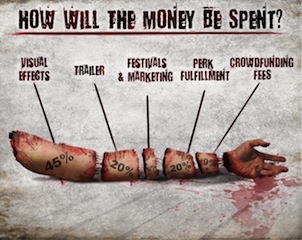 As much as possible, the movie relied on practical effects and by and large they worked to everyone’s satisfaction. All except this one. Daniels says they shot this particular scene three times and, although he feels they succeeded, DeGennaro isn’t satisfied. “Steven’s standards are really, really high,” says Daniels, and he means it as praise.

Doing a reshoot at this point would cost is too expensive, when you factor in the cost of once more dressing the house where the scene takes place and assembling the cast and crew. There’s no guarantee that all the cast would even be available because many have moved on to other projects. There is also no guarantee that shooting again will work.

The filmmakers have spoken with the artists at the famed Canadian visual effects house Hybride, and hope to raise the money to have their shot done there. Completing it will cost an estimated $20,000 or more, effectively doubling their effects budget.

Daniels says he and DeGennaro are confident they will finish their movie soon and then plan to hit the festival trail. After years working in the Austin film community they have friends at SXSW and may premiere their film there.

The Found Footage 3D fundraising trailer is very funny and you can watch it here: https://www.indiegogo.com/projects/found-footage-3d-feature-horror-film

You can contribute to Found Footage 3D here https://www.indiegogo.com/projects/found-footage-3d-feature-horror-film