Making the Case for 4K 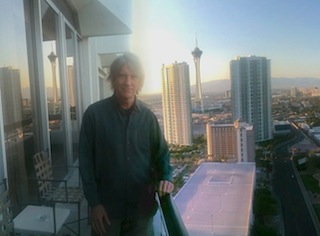 Despite the fact that most of the digital cinema theatres around the world are projecting in 2K-resolution and that the vast majority of TV broadcasters in the world have not yet adopted even digital HD, a growing number of production professionals strongly advocate that all filmmakers shoot in 4K. One such advocate is Jeff Blauvelt, owner and founder of HD Cinema, a boutique rental house that also provides post-production services to a growing number of independent filmmakers from its two locations in Los Angeles and Westport, Connecticut. In Blauvelt’s mind, shooting 4K digital cinema just makes good creative and business sense.

Blauvelt founded HD Cinema in 1998 with the goal of providing clients with premium gear, service and support for camera rentals and post-production services. Today the company, which has four fulltime employees, offers packages that include 2K, 4K and 3D digital cinema cameras and lenses and works with individuals and companies within the independent film community who produce feature films, documentaries, music videos, and TV programs.

“We’re an unusual company,” he said. In addition to offering a selection that includes an Arri Alexa, Red Epic and several Sony cameras and supporting lenses for them, HD-Cinema concentrates on service, especially post services. Blauvelt tells customers his, “We can manage your workflow and get your project into the form that distributors want.”

Different by Design is a joint venture partner with HD Cinema and the companies share the same office in Los Angeles. They have teamed up to handle the post-production for a number of documentaries including 20 Feet From Stardom, which was a hit a Sundance last year and is in theatres now. They also worked on Rambler, a feature for which HD Cinema supplied an Arri Alexas and then supervised the editing in HD 1080 using Apple ProRes 422 HQ at 220 Mbs. 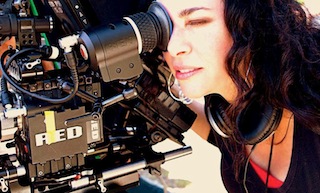 Just a few of the other recent movies that benefited from HD Cinema’s support include:

I recently spoke with Blauvelt to explore exactly why he believes strongly that 4K is a good production choice.

Digital Cinema Report: The majority of broadcasters around the world still work in standard definition and have yet to make the transition to HD. The theatres that have switched to digital for the most part project in 2K. Given that, make the case for working in 4K.

Jeff Blauvelt: For content creators it is easy to justify the incremental cost to at least acquire in 4K instead of HD if they believe their television program will appeal to a mass audience for many years to come.  For feature films, images shot in 4K and projected in 2K will look better than those shot in 2K.

The concept to acquire the images with high quality on film really paid off in the transition to HD program distribution.  Currently there is not an imperative to do an online editorial finish in 4K but the cost and ease of doing that improves every year, if not every few months.

DCR: What are the biggest challenges of shooting in 4K? 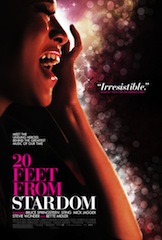 JB: The technical skills to operate 4K digital cinema cameras are easily learned by those already versed in HD and 2K production. The majority of the other vast creative and craft talents that are needed for content creation are largely unaffected.

Film has always been a medium with greater than 4K resolution but was scanned to lower resolution for television. With acquisition moving completely to digital cinema cameras in the next few years it merely is a matter of a year or two before there will be many other 4K acquisition options.

The current offerings were dominated by Red, who now can offer 5K and now 6K technology.  But now Sony has very aggressively moved to secure and expand their capabilities in 4K as has Vision Research with their Phantom Flex4K. Arri just announced they have a 4K camera in development.  Canon has their C500, which can record 4K to outboard recorders from Codex, S2, AJA and Convergent Design. So a big challenge is sorting out which camera and recording format is best for the project at hand.

One might consider that the cost of the cameras that can record 4K could be a challenge.  But it is hard to make that a case when these cameras cost less than a set of prime lenses or a couple of cinema quality zoom lenses; and far less than film cameras and even the top of the line HD cameras from just a few years ago.  Surprisingly it is still display technology that is lagging in affordable professional 4K viewing options on set since consumer displays are already shipping.

The cost of re-usable media for 4K recording is dropping at a similar pace as happened with HD. Probably the one big challenge is the same as that in post-production, the variety of formats and the extremely high data rates, and with large amounts of storage and backup.

The use of high frame rates for slow motion effects is a popular trend.  But for a different reason a case can be made that it would be wise to shoot at higher frame rates all the time now, because with 4K and higher resolution projection and display panels, the motion blur and judder associated with 24fps is so much more evident and thus distracting from the viewing experience.

There are patented techniques to recover that motion blur from adjacent frames to put that back into a movie in final post to retain a cinematic immersion for narrative storytelling. So another layer of post-production processing will likely be needed in the future similar to variable bit rate encoding for streaming efficiency may be necessary in the near future.

DCR: What are the biggest challenges of posting in 4K?

JB: 4K recording formats require a significant amount of time and effort to transcode footage into a file format that is easy for the leading systems from Avid, Final Cut, or Adobe to work with easily. To get the widest dynamic range and greatest resolution, RAW or Log files are captured, with very high data rates; which then need to be converted to other image data files.  Data management for all the camera original, debayered and decoded intermediate formats, and then all the various deliverable formats at different stages requires complicated post workflows and large amounts of digital storage.

DCR: What are the most common questions your customers ask you about working in 4K versus more established formats?

JB: The most difficult questions will be those regarding the huge variety of digital standards and formats that already exist.

Choosing an aspect ratio to shoot and finish for a feature film is an important decision. The 16:9 framing for television production will remain the same for 4K, but perhaps derived from an aspect ratio chosen for theatrical exhibition.  These deliverables of 4K for theaters will be similar to the requirements for 2K, with DCI files potentially needed in Academy, Full aperture, Anamorphic widescreen not to mention 3D stereo, along with specific encoding for the variety of digital servers and projectors that are in use. 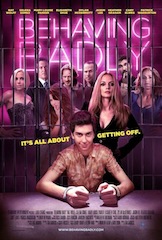 The quality of the lenses used will remain important as well, as 4K will show any optical issues more than HD. However directors and producers still mostly just ask their DP, "Which camera should we use and can we afford it?"  The DPs commonly have the same concerns with 4K as they did in HD and 2K with questions of how best to expose RAW and Log images to get the widest dynamic range; or which LUTs to use on set so there is a good looking picture easily viewed.

Editors and post supervisors have tons of questions about the current and newer Red Rocket cards, or render farms needed to accelerate 4K transcoding.  Then there is the necessary color correction of the above mentioned RAW and Log files with questions of how to deal with the expanded new color spaces to consider.

DCR: What, if any, new 4K tools do you think are still needed?

JB: All post-production application software is constantly being revised and updated so that any tools needed eventually are created, so I don't have a wish list to answer that question other than all our clients would like a way to convert the RAW or Log files faster, both for 2K; but this will especially be needed for 4K.

Premiere Pro CS6 now has native support for footage from 4K-resolution camera systems: the Red Epic, the Red Scarlet-X; with Sony and Canon 4K file native formats imminent.   A lot of processing power is needed to handle these files   But Adobe uses its accelerated Mercury Playback Engine to speed up those processes using graphics cards.

Currently there are demands to deliver 4K Ultra HD at 3840 x2160 for the newest consumer television panels with a familiar 16x9 display ratio, as well as for cinema delivery. Thunderbolt 2 enables video streaming to a 4K monitor.  But creating 4K files for a server for theatrical projection is very much more complicated. The DCI Digital Cinema Initiative has five different display aspect ratios as part of its standardization process.