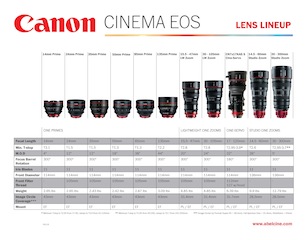 Canon was already no stranger to the international filmmaking community when in November 2011 the company hosted a major event at Paramount Studios in Hollywood. Fujio Mitarai, who is chairman and CEO of all of Canon, flew from Tokyo specifically for the event to demonstrate that, in his words, “Canon hoped to be welcomed by the Hollywood filmmaking community and to work together to greatly expand the boundaries of digital cinema.” The history of Canon’s involvement in professional motion picture production is widely known but worth repeating here. In 2007 the company introduced the Canon EOS 1D Mark lll. The camera was designed for the high-end professional still photography market. Sometime during its development the engineers felt that adding the capability of shooting high definition motion pictures would add to its appeal. One Canon executive told me that at that time they were envisioning the camera being used for applications such as wedding videos. But cinematographers discovered the camera and it was suddenly being used for some often un-credited shots in major Hollywood films. Then, in 2008, it was used extensively to shoot the Mumbai scenes in Slumdog Millionaire. The movie won the Academy Award for Best Picture and Anthony Dod Mantle captured the Oscar for Best Cinematography.

Seeing the opportunity for a huge new business in motion picture production not just for cameras but also especially for lenses, Canon got to work. Premium quality lenses are at the heart of every motion picture and, while Canon’s tenure in the professional movie camera business may be relatively short, its legacy of lens making is long and proud.

Highlighting that, this year the company celebrated the fact that it had made its 100 millionth EF lens. In a press release announcing that milestone the company said, “Canon places tremendous importance on research and development in order to provide state-of-the-art optics to every level of image-makers, every innovation a step closer toward helping achieve the perfect image.” To better understand that commitment, in this, part two of our special report on lenses, I spoke with Larry Thorpe, senior fellow, Canon U.S.A.

Digital Cinema Report: To what extent, if any, does being a camera manufacturer impact the lenses Canon design?

Larry Thorpe: Canon has an extensive central R&D group from whom all of our disparate product design teams can draw upon. Some years ago, a major initiative was launched within that group to capitalize upon our quite powerful color management sciences within Canon to unify high quality color systems within the context of products that bore relationships to other. This began with the scanners, copiers, and printers that Canon develops. This approach to unified color platforms is known as the Kyuanos initiative. It was later extended to both our still imaging and motion imaging cameras and camcorders. With respect to the latter, Canon unifies our approach to the design of lenses, image sensors, color filter arrays (CFA), and associated digital processing that make up a specific camera/camcorder design. The most recent example relates to the design approach of our Cinema EOS cinematography cameras and lenses. These cameras (four to date) and lenses (five cine zooms and six cine prime lenses) were all designed in concert in a specific quest to achieve a degree of optimization on color reproduction. 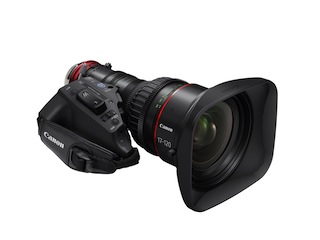 Powerful computer simulation employing the principles of the Color Contribution Index [Japanese Standards Association: “Determination of ISO Colour Contribution Index [ISO/CCI] of Camera Lenses”, JIS B 7097 (1986)]. This indicates the amount of color variation within a specific digital HD imaging system caused by different lens transmittance characteristics was employed. This took into account the spectral responses of the Canon-developed Super 35mm CMOS image sensor, its associated CFA, the camera IR filter, to help shape the spectral response of the cine lenses so that the lens-camera system would deliver the Canon specified color reproduction.  Very specific attention was paid to skin tone reproduction (of various ethnicities) in this optimization.

DCR: What drives lens development at your company? Is it customer demand, products introduced by your competitors, or innovations discovered by your own designers? A combination of all of those? Something else entirely?

LT: Lens development at Canon is driven at the macro level by various industry movements (in television, cine, and business & industrial imaging) and at the lens category level by specific customer creative and operational demands.

Canon sustains an extensive ongoing dialog with a global universe of end users working at all levels of the larger program production hierarchy. At the same time we are cognizant of competitive innovations and are separately propelled by unceasing in-house technological developments. Most important is the internal drive of our optical engineers to strive for perfection in every new generation lens design – mobilizing all of the latest design tools and optical materials to improve all performance parameters over those of the preceding generation.

DCR: What is the single biggest challenge in making a high quality professional lens?

LT: Striving to elevate overall optical performance beyond that of an existing equivalent lens while also trying to lower the cost of the new lens. This entails unceasing developments in all optical technologies to continue the quest for mastery of management of light rays through new optical systems that always seek to extend operational capabilities and allied performance. 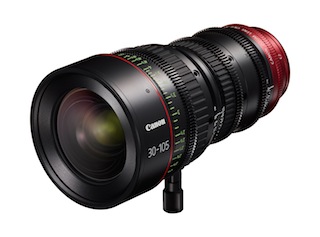 DCR: How much time does it take to bring a new prime lens to market?

LT: Depending upon the specifications of a given prime lens it could take Canon over a year from initial design inception to final product delivery.

DCR: How much time does it take to bring a new zoom lens to market?

LT: There are a wide range of zoom lenses today for studio and field applications. The more challenging of these designs could entail more than two years from initial design inception to final product delivery.

DCR: Describe the steps in each process, prime and zoom.

LT: Working with Canon’s global marketing companies, a general design goal is set for a new lens within specific category. This includes definition of the desired operational capabilities and the anticipated level of optical image performance. Extensive computer simulation is then initiated. This is a highly refined and highly proprietary effort empowered by sophisticated computational capabilities and ever-improving design software tools. Central to the overall design project at Canon is the tight collaboration between the optomechanical design and the design of the optical system itself. The ultimate optical performance can only be achieved with precision mounting of each and every lens elements. Extensive simulation testing of the overall system over a wide environmental range is inherent to the design task. When a feasible design emerges that fits within all of the multiple tolerances that have been established, a first prototype is engineered. This is subjected to extensive engineering tests. Coordination between the Canon engineering design groups and manufacturing is now heightened as final design optimization is sought. Finally, the design is released to Canon manufacturing, which initiates tight quality control procedures. When the first products meet the final QC specs they are formally released for shipment.

DCR: To what extent has digital cinematography changed lens design and manufacture?

LT: Digital cinematography significantly broadens the range of lens categories and the design specifics of each. Broadcast and videography lens design must remain attentive to the unique operational practices of the television studio, outside broadcast, newsgathering and electronic field production. Digital cinematography must respect the hugely established and quite different shooting practices of the cinematographer (which has been refined by many decades of motion picture film production). Optomechanical design of the cine lens, in particular, must be extremely attentive to the precision expected by the director of photography. Rotation angles for focus especially, and zoom controls are much greater than those of television/video lenses, and associated markings must be extremely precise.

DCR: Has there been a dramatic change in the kinds of lenses cinematographers request? If so, what?

LT: The arrival of 4K and higher resolution digital cine cameras has significantly elevated the optical performance demands of the digital cine lens over that of the former generations of motion picture film lenses. Aspirations for ever-higher dynamic range adds to the demands for ever higher-contrast ranges in the cine lens. The slowly growing acceptance of cine zoom lenses by cinematographers (to be used as variable primes) – who had traditionally shot with cine prime sets – has placed unusually high performance expectations on those zooms. Canon is proud that we have today achieved cine zoom lenses that do fully qualify for variable prime operations. 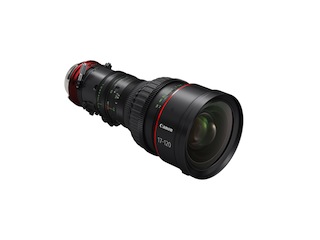 DCR: How much of the lens-making process is still done by hand?

LT: While many processes are automated today the intervention of the human hand of the optical artisans remains significant. As one example, the grinding liquid – which deeply effects the polishing result – is compounded from multiple polishing powders by the artisans multiple times everyday on each and every polishing machine depending on glass materials and even room temperature. The shaping of individual lens elements is largely automated today. The associated initial grinding and polishing is also automated. However, the hundreds of base polishing plates on the polishing machines are manually polished and fine tuned by the highly skilled artisans. The final polishing – which establishes the extremely tight tolerance on lens surfaces may often still be done manually. Also, the final assembly of the lens optical system as well as the associated adjustment processes – both of which require extreme skill and know-how – is also done by highly experienced human hands.

DCR: Where are your lenses made?

LT: Canon lenses are made in Utsonomiya, approximately 70 miles north of Tokyo.

DCR: Where do you source your glass?

LT: That topic is highly proprietary and cannot be answered.

DCR: What new lenses are you developing now?

LT: All categories of Canon lenses are in continual development.

DCR: Will lenses always be analog or can you envision an all-digital high quality professional lens?

LT: Lenses are by definition intractably physical and thus exclusively analog in their very nature. The role of the lens is to manage light rays, which are analog in their nature.

Here are the links to the other parts of the series: