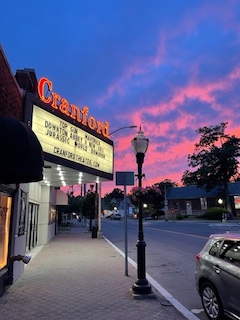 Talk to Doreen Sayegh for any length of time about why she decided to renovate and reopen the Cranford Theatre in Cranford, New Jersey, and the word magic is sure to pop up. In most cases, she’s referring to the magic of the cinema experience. But she says the one thing she loves above all is, “The looks on children’s faces when the lights dim and the picture hits the big screen; it’s magical.” It’s one of the many reasons she truly enjoys what she does for a living.

Sayegh developed her passion for the movie theatre industry through her mentor and father, Jesse Y. Sayegh, an independent New Jersey movie theatre owner. Growing up in a family of theatre owners, she learned everything she knows about the business, from selling concessions, daily operational management, strategic marketing, and national partnerships, to being her own independent owner today. She’ll proudly tell you that she sold her first popcorn at age eight.

One of the many lessons that Sayegh learned from her lifetime in exhibition is just how important a local movie theatre can be in a small community, especially when one is forced to go out of business. “It’s such an upheaval when a movie theatre closes,” she says. Movie theatres are a vital part of the fabric that makes up these communities.

Prior to opening the Cranford Theatre, Sayegh worked as the Vice President of Alternative Programming for Digiplex Destinations and Carmike Cinemas as well as consulting for Screenvision Media on the distribution of Alternative Content. 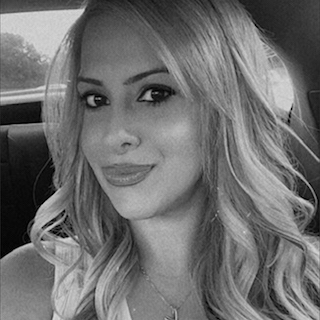 Cranford, New Jersey is a town of roughly 28,000 people some thirty miles southeast of New York City. In October 2019, the first time she saw the abandoned movie theatre there, her first thought was, “This is a great town. We can have some fun here.”

Sayegh, a consummate networker, immediately partnered with the Downtown Management Office to begin to develop relationships.

The theatre needed a major renovation, and she began the work immediately with full support from local leaders. Once the renovation was completed, she opened the theatre November 8, 2019, exactly 4 weeks later. It was an immediate success.

“We were off to a strong start,” she said. That was until early 2020 when the COVID-19 crisis began to capture the attention of the world. In mid-March, Sayegh said the last Saturday night feature film she presented had an audience of just seven people. She saw what was coming and closed the theatre the next day.

Not long after closing the theatre, Sayegh did everything possible to both save her business and continue to serve her community. She encouraged people to enjoy movies at home and began to sell popcorn and other movie snacks in kits for people to enjoy while they watched. Each kit contained two movie tickets that could be redeemed once the theatre reopened post-pandemic, an effort to drive business back to the theatre when it reopened. 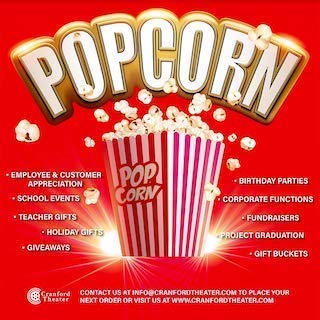 Around the same time, Sayegh noticed that drive-ins were making a comeback and she thought the idea could work in Cranford. Her first act was to the call the mayor to get his feedback. He fully embraced the idea and after reviewing her proposal, the mayor and council gave their blessing, which included town support, approvals and the use of the local swimming pool property as the location for the theatre.

Sayegh said the location was ideal because the movies didn’t start until after dark when no one was using the swimming pool. She did a lot of research and pulled everything together in two months. “I wanted the drive-in to be as authentic as possible with the resources at my disposal,” she said.

The movie screen consisted of shipping crates that were fronted with plywood painted white. Another shipping crate served as both projection booth and concession stand. Tickets were sold online in advance and for the first year, three nights a week, Sayegh sold out every screening, many times in two minutes or less. There was such a demand that her audiences included people from out of state.  Due to such high demand, Sayegh returned to the mayor and council requesting to operate additional nights to try and meet the demand.  Approval was granted immediately to operate five or six nights a week and one night for rain dates. 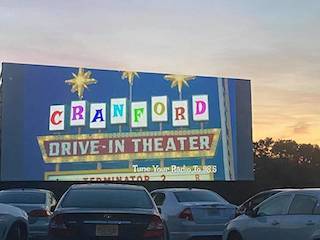 The drive-in opened in June of 2020 and stayed open until cold weather set in. She eventually dismantled the drive-in theatre in the fall of 2021 because it was time to reopen the indoor theatre.

Sayegh’s efforts during that challenging time were the reason she was one of three people to receive the Icon Award at last year’s ShowEast convention for her work leading the National Association of Concessionaires membership, and the exhibition industry out of the pandemic and into recovery. The other two were Marcus Theatres represented by Rob Novak and Santikos Theatres represented by Rob Lehman. Sayegh spent hours telling the NAC membership how a small independent could work with local government to create a safe place for families to enjoy movies outdoors, and how she was able to create a drive-in from scratch at one of the local pools in Cranford, New Jersey. 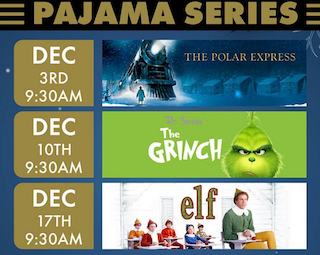 Sayegh continues to explore the possibilities of event cinema that would appeal to her community. One of the most recent ideas was her Pajama Party Series, an event she created based on her childhood memories when Santa would visit her father’s theatre and take pictures with the children. On the three Saturdays leading up to this past Christmas, the Cranford Theatre showed the holiday classics The Polar Express, The Grinch and Elf. With a reduced ticket price, screenings took place at 9:30 in the morning and everyone was encouraged to wear their pajamas. After each screening, as the kids and their parents exited into the lobby, they were greeted by Santa Claus who was pulling up on a firetruck. It isn’t difficult to imagine all the children’s excitement she saw on those mornings.

You can hear the joy in Sayegh’s voice as she describes the events. It was a success, and she will likely do it again next year.

As the country slowly begins to emerge from the pandemic, Sayegh is more bullish about the exhibition than, perhaps, she has ever been. She points to the boom in local feature film production thanks to the subsidies that New Jersey now offers as a positive sign. And she believes this summer’s film releases will see exhibition finally return to normal.

Most of all, Sayegh believes in Cranford. “I am blessed to be a part of such a supportive community,” she says.