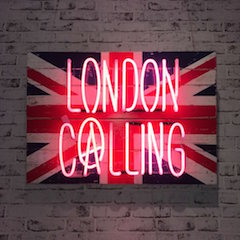 This is happening almost faster than I can write it. Even a week ago I would have said the future of cinema is safe, and yet the pace is gathering so fast, decisions made seemingly on the hop, that the direction of this narrative may well have altered by the time I get to the bottom of the page. In the UK as of this morning, Cineworld, Odeon and now Vue have either closed their doors or reduced their opening hours dramatically, at the same time as the Chancellor of the Exchequer has finally produced an overdue £275 million bailout for theatres, museums, orchestras and music venues. Cinemas have again been excluded as well as being the subject of some rather unsupportive “It’s the end of the road” speculation in the press over the last week.

What is it about the cinema industry that makes it such an easy target for armchair critics? Cinema is accessible; everyone likes going to the movies. It’s affordable, everyday entertainment, there’s something for everyone, compared to premiership football, ballet, opera, a concert at Wembley for example, all an acquired taste, expensive, an occasional treat, if you like that sort of thing. We have all grown up with a cinema in the vicinity, whether it’s a faded out-of-town multiplex or more recently a high-end cocktail bar masquerading as a cinema. Few of us have an opera house at the end of the street. Is it the stability, the mundane always-there nature of our local picture palace that makes it such fair game?

I rarely see comment in the Telegraph or the Times lamenting the haemorrhaging of cash and lavish public funding taking place at the Royal Opera House; few complaints about the cost of a ticket at the ballet, the National Theatre; these are places we might visit once a year, if that.

For an industry worth £1.25 billion to UK Plc in 2019 it is increasingly difficult to understand why this prosperous but hard-hit sector has been continually overlooked by the UK government, subject to draconian and over-cautious COVID-19 regulations (I can get on a plane to Copenhagen sitting next to my neighbour, in front of my neighbour, behind my neighbour) and worst of all, bypassed by the studios in favour of straight-to-video streaming.

Cinemas are now empty because of these restrictions and empty because there is nothing available to screen; facing bankruptcy because of a double assault – no content, no bailout. When we were all panic buying toilet paper very few of us envisaged Q4 along these lines. 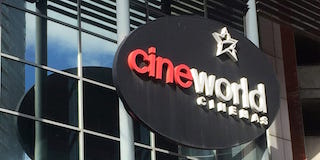 In business, winners see opportunity in crisis. In a few short months the world has gone from being locked down, helping one another, all being in it together to unanticipated betrayal, jobs and livelihoods lost, life-changing decisions made on the basis of a spreadsheet, decades-long relationships destroyed in an instant. The end of the exhibition industry is in sight according to some; to others, it’s a factory reset. Conditions and terms were antiquated, windows an anachronism.

Exhibitor-distributor relationships go back decades and the business model has remained constant for as long as movies have been showing in cinemas. Technology has advanced and tastes have changed but the supply chain producing films and the way we consume them, even down to the popcorn, hasn’t in a century.

Against the backdrop of a period that has seen more technological advancement than in any period in its history, the longevity and unchanged nature of cinema-going is notable, to say the least. World wars, radio, television, VHS, DVD, mobile technology, streaming and countless economic recessions have not really blighted the cinema industry, despite predictable hysteria that the end is nigh, pretty much every 10 years or so. In mid-January Variety led with a headline that “UK Cinema Admissions Hold In 2019 Despite Streaming Boom,” which is testament to the quality of the content, loyalty of audiences and relevance of the medium itself after 120 odd years in service. It’s understandable that cinemas were caught off-guard by recent events; the reaction ranging from disbelief to barely concealed panic.

But taking a step back – is this not a good time for the exhibition community to face some hard truths and find that opportunity in crisis, I wonder. Exhibitors have enjoyed a fairly untrammelled trajectory, sometimes levelling off (the mid ‘80s were a low point) but the box office receipts and experience improve incrementally, year on year. Lots has changed at the right time to facilitate this growth, not least that exhibitors have relied on a steady diet of big name, big budget, AAA pictures from the studios to make that happen, letting the studios do the marketing; all they had to do was put up a poster, screen a trailer and open their doors. Marketing was always the job of the distributor, though event cinema has forced cinemas to develop their own marketing expertise and outreach programmes to reach niche audiences. 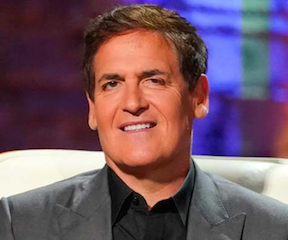 Digitisation ushered in event cinema in 2006, which complemented those releases and provided another, unexpected revenue stream, and those who embraced it have profited handsomely from the big names, premium ticket price, diverse content, fanatical, returning audiences and high-end concessions. However event cinema hasn’t transformed the cinema into the community hub featuring voluntary ambassadors in local towns that early adopters championed, nor has it really troubled average box office percentages nationwide more than three-to-five percent.

Over the last 15 years we have seen the landscape and culture alter considerably; studios have consolidated; creative behemoths like Weinstein disgraced and visionaries like Eisner replaced by accountants – very good ones admittedly – like Bob Iger. The recession bit hard. Slates were slashed in favour of a few mass-market tentpole releases a year. Conservative, formulaic, comic book hero franchises became a safe bet as political correctness took hold. It’s difficult to imagine gross-out films like Borat, Team America, There’s Something About Mary and Jackass (the list is endless) being greenlit these days. Adam Sandler would be just another unhappy statistic waiting on tables if he were just starting out now.

Arguably however, the success of event cinema has led to a new genre of grey pound sleeper hits like Best Exotic Marigold Hotel, Quartet, Downton Abbey, Last Vegas; not all brilliant films admittedly but extending the shelf life of some of our greatest living actors, which is no bad thing.

Churning out caped-crusader romps on a regular basis during this period, the studios hoovered up one production company after another, amassing gigantic IP rights, eye-watering revenue streams and power over the last decade, but it has come at a cost to a generation of creative, envelope-pushing low budget film-makers and created some very bored audiences unless you’re a nine year old boy. Ultimately this over-reliance has limited the agility of exhibitors to pivot in extreme circumstances and exposed their vulnerability. The mindset is understandable: “But we’ve been going for 100 years. We’ve beaten every disruptor so far. What could there possibly be to worry about?”

The combination of these elements: studio power, exhibitor over-reliance on studios and a lack of investment in other content has left cinemas badly exposed; those crippled with debt are in an even more precarious position and there are no easy answers. Some more flexible chains have relaxed their view on windows, gritting their teeth and screening events also on Netflix and Sky Cinema, but others have dug in their heels, sure that such capitulation weakens their position, but is any of it enough to survive? 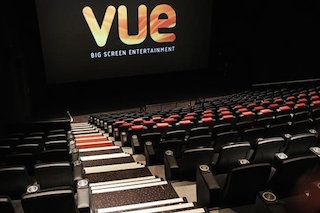 The other disturbing question is our own audience habits, which have been affected more than we know by lockdown. The spectrum of Coronavirus anxiety is broad and we all have varying tolerances for risk and germs, but nobody frets about COVID-19 sitting in front of the TV. Statistically no COVID-19 cases have been traced back to any cinema worldwide but that doesn’t mean we will all get off the sofa to our local cinema either. Enticing customers back is another set of energies altogether and should really come via a government campaign.

The real question is the relevance of cinema for future audiences, given all of the above. Netflix itself is booming; ambitious young filmmakers are seeing the quick-fix opportunity in generous co-production and streaming over a theatrical release in recent years and streaming in all its forms has eclipsed film for edgy and creative output.

Mark Cuban, the owner of the Dallas Mavericks National Basketball Association basketball team and former owner of Landmark Theatres in the United States said in a recent interview with the Women in Exhibition trade group that, “Generation Z doesn’t know what cable and satellite TV even is. Cinema is a habit that is a generation away from the current one. Old school rules of distribution are DOA. Streaming will eclipse it all.”

The recent lifting of the Paramount Consent Decrees is another example, permitting studios to start buying up cinema chains again. Seen as a conflict of interest in the past, the timing of this couldn’t be better for the studios now.

“The economics for cinemas won’t work at all over the next year,” Cuban added. “Studios will start buying theatres until they control all sides of the distribution chain. That’ll happen in 2021. Till that happens theatres are in a really shaky position. In 12-18 months there will be 30-50 percent fewer screens. They won’t be repurposed; they will just be gone. There is no way to repurpose them.”

Cuban suggested that getting into bed with the studios via actual ownership is the only opportunity for cinemas to survive.

When asked if the other elements to this – Amazon, Netflix, virtual reality, drive-ins, event cinema –have a part to play in the survival of cinemas, Cuban said, not enough to make a difference, because he said he didn’t really think any of these would really impact on the exhibition landscape the way the studios will. My sense is he is right.

Cuban also highlighted an important strength nobody but the exhibition market has right now: access to their customers. “The one thing that theatres have done that the studios haven’t is they know who their customers are,” he said. “There’s the opportunity. That’s your angle.” He noted that Cinemark, Regal and AMC are already looking bringing their brands into their customers’ homes via, of course, a streaming service.