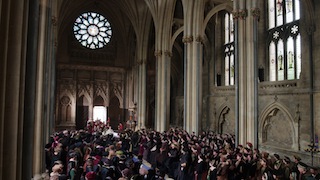 The series is a Company Pictures and Playground Entertainment co-production for BBC Two and Masterpiece in association with BBC Worldwide. It was written by Peter Straughan (Tinker, Tailor, Soldier, Spy; The Men who Stare at Goats) and directed by Peter Kosminsky (The Promise; The Government Inspector), and the prestigious cast includes Mark Rylance as Thomas Cromwell and Damian Lewis as King Henry VIII.

LipSync previously worked with Company Pictures on the second series of The Village, and with Playground Entertainment on the BAFTA-winning series Dancing on the Edge. The post facility has provided audio, VFX, grading, titles and all deliverables for Wolf Hall.

Rob Hughes, re-recording Mixer, said, "Our aim in sound was to create a detailed and involving environment that supports and reflects the subtleties of the performances. Any period drama presents its own set of challenges; the need for authenticity is paramount in enveloping the viewer in our world, and we feel we've added an extra level of life with our mix, accompanied by Debbie Wiseman's beautiful score." 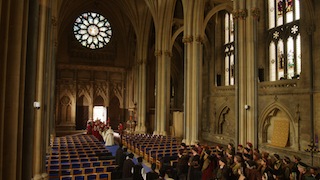 Key sequences realized by LipSync’s VFX team include the world of Tudor London around Austin Friars (Cromwell’s home) and the Thames around London Bridge. VFX Supervisor, George Zwier, collaborated with Peter Kosminsky and the key production team from the beginning of production. This collaboration led to a high level of authentic detail evident in the seamless VFX work. Other key sequences include the creation of the Tower of London as seen from inside Traitor's Gate, and the coronation of Anne Boleyn.

LipSync also created the title sequence, which has been used as the basis for cover artwork on the new editions of the books to accompany the series.

Beverley Horne, head of TV, LipSync Post, said, “We were delighted to work with Company Pictures and Playground Entertainment again, particularly on such a prestigious project. The novels have made an enormous cultural impact so it was important to everyone involved to remain faithful to the books and this period of history, and we are very proud of our contribution.”