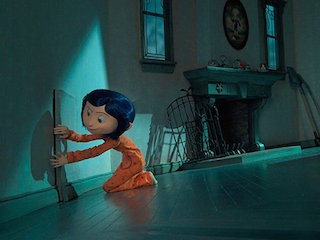 Laika, the award-winning animation studio nestled in the heart of the Pacific Northwest, celebrates 15 years of bold, memorable and award-winning filmmaking this month. In 2009, its first feature film, Coraline, was named one of the American Film Institute’s Top 10 Films of the year. With its world-class filmmaking team and a commitment to make “movies that matter,” Laika pushes the boundaries of family entertainment and animated movies, redefining what stories can and should be told through the art form.

Distinctive and enduring, Laika’s stories pack an emotional punch. Over 15 years and five films, Laika has become the home of beloved modern stop-motion classics that are essential viewing for discerning fans of animated films.

By combining stop-motion animation with cutting-edge creative approaches, Laika has embraced the fusion of art, craft and technology, honoring tradition while looking toward the future.  Laika discovered new processes for integrating practical and digital visual effects to make the “worlds” in their movies more authentic.  The studio has invented new systems and technologies for liberating the camera to make its films more cinematic and brought world-renowned innovation to the technique of building and animating stop motion puppets to make characters more lifelike and to connect more immediately and intimately with audiences. 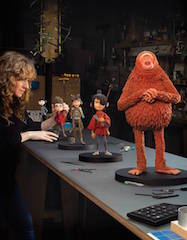 Laika began its unconventional cinematic journey with Coraline in 2009, continuing with ParaNorman (2012), The Boxtrolls (2014), Kubo and the Two Strings (2016) and Missing Link (2019). All five films featured Laika’s unique and innovative 3D stop-motion and CG hybrid technique.

In addition to numerous critics’ awards, multiple Annie Awards (the animation community’s Oscars equivalent) and a Visual Effects Society Awards win, all five of Laika’s feature films have been nominated for Academy Awards and PGA Awards for Best Animated Feature.  Kubo and the Two Strings won the BAFTA Award and scored an Oscar nomination for visual effects, only the second time in history an animated feature had made the cut. Earlier this year, Missing Link took home the Golden Globe Award. In 2012, critics’ groups cited ParaNorman more than any other film as the year’s best-animated feature. Coraline was named one of the American Film Institute’s Top 10 Films of the year.

In 2016, Laika received the Scientific & Technology Oscar for its innovation in 3D printing in facial animation.