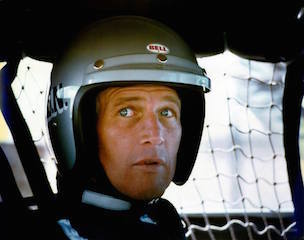 The Jalopnik Film Festival is going on a road trip for 2015, motoring west to Los Angeles for its third annual edition, set to run September 25-26.  Mazda is its new presenting sponsor.

The festival will kick off at the Santa Monica Airport’s Barker Hangar with a gala screening of Adam Carolla’s new documentary Winning: The Racing Life of Paul Newman, followed by a Q&A with Carolla and an after-party. Prior to the screening there will be an exclusive Ride & Drive Experience with the all-new 2016 Mazda MX-5 Miata.

Saturday will feature a full day of screenings at The Ace Hotel in Downtown L.A., with a mix of new documentaries and narrative films including Bent-Jorgen Perlmutt’s Havana Motor Club, which celebrates Cuba’s racing culture, a screening of Steve McQueen: The Man and Le Mans, a doc chronicling actor Steve McQueen’s passion for racing, directed by Gabriel Clarke and John McKenna,and a screening of Daniel Junge’s Being Evel, a documentary about legendary daredevil Evel Knievel, featuring appearances by Johnny Knoxville, Tony Hawk, George Hamilton, and the late Frank Gifford.

Other films include Luke Huxham’s In Loving Memory, a look at the famous (and deadly) Isle of Man TT motorcycle race, and a sneak preview of The Smoking Tire's All Cars Go to Heaven: Volume Two.

Discussing this year’s fest and the move to LA, Jalopnik editor-in-chief Matt Hardigree said, "Jalopnik believes that cars matter, so it's great to have a partner like Mazda who believes that driving matters. It’s also a dream to bring the festival to Los Angeles, where car culture meets film culture and the weather is always great."

For more info about the festival please visit [http://films.jalopnik.com/