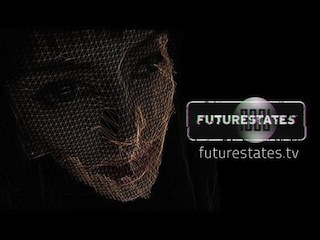 The Independent Television Service has announced the premiere of the fifth season of FutureStates, the acclaimed, groundbreaking series of online digital shorts. It continues its long-running theme of exploring the visions and various challenges of what life might look like in an America of the not so distant future, where automation and artificial intelligence is becoming an even more dominant force in people’s day to day lives.

The series marks its final season with a revolutionary new approach, envisioning a singular futuristic world with interconnected stories from a diverse group of indie filmmakers and digital storytellers, with all of the films available beginning today and streamed for free at anytime. The series launches an immersive new website, transporting audiences to take part in a futuristic storyworld at futurestates.tv.

This season’s FutureStates aims to take interactive fiction storytelling to the next level with a radical new design, video artifacts, shareable media, news clips and more. Audiences are introduced to Dr. Evelyn Malik, who has reached back through time with a message. She wants “you” the user, to help her change the future. Now that the site is live, audiences are invited to take part in this exploratory mission.

“This season of FutureStates is a completely new approach to the entire web series genre,” said series producer Karim Ahmad, also the senior digital content strategist at ITVS. “I’ve long felt that the new opportunity with web series is to really unleash the user experience potential of the web to tell a nonlinear story in serialized form that is guided by the user. Our final season of the FutureStates series does exactly that. This season’s short films by a host of leading indie filmmakers are independent, yet interconnected, and the storyworld design is immersive and mysterious – a puzzle for you to explore, filled with supplementary videos to help flesh out the nature of this futuristic world and offer clues as to how it came about.”

This season’s line up features online narrative shorts by some of the leading indie filmmakers and digital storytellers, including:

Ant - Written and Directed by Tina Mabry. When a bipolar patient abruptly stops taking his digitally encoded psych meds, a therapist named Ant must risk his life to avert catastrophe.

As You Were - Written and Directed by Trevin Matcek.  In the near future, an injured soldier returns home with advanced prosthetics to replace an arm and leg lost in combat and must reconnect with family.

Code Academy - Written and Directed by Nisha Ganatra. The Equal Futures Academy addresses gender disparity by keeping boys and girls separate until 18. But at what price to these teenagers’ identities?

Excarcerated - Written and Directed by Aldo Velasco. A young man convicted of a violent crime is released into a surveillance-assisted, community service-based alternative to incarceration.

Happy Fun Room - Written and Directed by Greg Pak. The host of a once-popular kid’s show clashes with child co-stars and crew. The world’s changed and the show’s messages may no longer apply. Can she adapt?

A Robot Walks Into A Bar - Written and Directed by Alex Rivera.  A new breed of labor robot works at a bar, his mission is to excel at his new job while avoiding human injury, he soon learns that this may be impossible.

Teacher in a Box - Written and Directed by Tanuj Chopra. A jaded teacher being replaced by a digital avatar protects girl who invented a product that will make millions for the corporation owning the school.

As FutureStates concludes with its final season, ITVS will be launching Storylab, a one-of-a-kind cross-media web series incubator for independent content creators to develop similar series concepts along a myriad of different themes and genres. The ITVS Storylab promises to yield a portfolio of innovative content in the months to come. For more information, please visit: http://beyondthebox.org/hacking-story-at-itvs/

The series concept for FutureStates was conceived by ITVS, with the new interactive site designed and developed by New York based digital studio, Murmur.