It’s Been an Award-Winning Year for Autodesk

Great movies are defined by great stories and increasingly great storytelling is being empowered by digital technology.  Autodesk’s media and entertainment staff and software played a starring role in the creation of many of this year's Academy Award nominees across many categories and were recognized by the Academy of Motion Picture Arts and Sciences with two Scientific and Technical Achievement Awards.

"This year has been especially gratifying. Not only is it the 19th consecutive year Autodesk software has enabled Academy nominated filmmakers to push the boundaries of what is possible by enabling them to tell stories that just would not be possible practically - whether it's creating the weightlessness of outer-space or the ice-locked beauty of a frozen world," said Chris Bradshaw, Autodesk senior vice president. "But Autodesk staff were also recognized by the Academy for two of the technologies they developed, and were instrumental in helping Mark Gill bring The Voorman Problem, to the big screen. We are delighted to be such an integral part of innovative filmmaking."

Every year, the Academy hosts a special awards ceremony two weeks before the Oscar ceremony to recognize the "discoveries and innovations [that] have contributed in significant, outstanding and lasting ways to motion pictures." In a press release, Richard Edlund, Academy Award-winning visual effects artist and Scientific and Technical Awards Committee chair wrote, "This year's honorees have in a myriad of ways enabled today's movie going experience...their efforts have advanced not only the art and science of motion pictures, but the work of countless global industries." 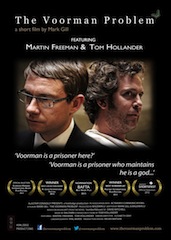 The Academy honored Autodesk Mudbox 3D sculpting software, with an Academy Certificate for its powerful new design capabilities and its contribution to multi-resolution digital sculpting. Additionally, the Academy awarded FiLMBOX, the foundation of Autodesk MotionBuilder with an Academy Plaque for its innovative architecture that was the basis for the development and evolution of virtual production. Autodesk scientists, designers and technologies have been similarly recognized five times in past Scientific and Technical awards ceremonies.

As a favor to an old friend, Mark Gill, writer and director of The Voorman Problem, three artists in the Autodesk London office volunteered their post-production expertise for the Oscar-nominated best live action short which will be available on iTunes, Amazon and Pay-Per-View from February 25th. The whimsical dark comedy about a man who believes he's a god stars Martin Freeman (The Hobbit and TV's Sherlock) and Tom Hollander (Pirates of the Caribbean: Dead Man's Chest).

"Working with the Autodesk team on the Flame program is like nothing I've ever experienced before. I didn't know you could do stuff like this. That's the great thing about filmmaking, it's a constant collaboration," said Mark Gill. Autodesk's Darren Brooker, the post-production supervisor on the short added, "All we set out to do was help Mark make this film as good as it could possibly be." More than 45 festivals worldwide have played the film, which also received a BAFTA nomination for Best Short Film in 2013.

In the Best Visual Effects category, all five film nominees Gravity, The Hobbit: The Desolation of Smaug, Iron Man 3, The Lone Ranger and Star Trek Into Darkness used Autodesk software to bring their stories to life. Together these five movies contained over 7,000 computer generated visual effects shots, created by thousands of artists working at 42 visual effects studios in 10 countries, a testament to the power of technology, not only to create what has never been seen before, but to bringing great talent, from around the world, together toward a single creative goal. 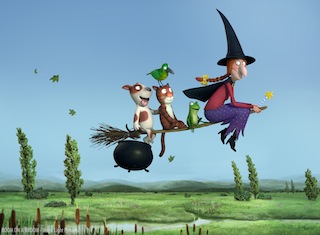 Autodesk software also played a role in the creation of a number of other movies nominated this year including Best Animated Features: The Croods, Despicable Me 2, Frozen, and The Wind Rises. Best Animated Shorts: Get a Horse, Mr. Hublot, and Room on the Broom. And eight of the nine movies nominated for Best Picture: 12 Years a Slave, American Hustle, Captain Phillips, Gravity, Her, Nebraska, Philomena," and The Wolf of Wall Street.

To watch trailers and breakdown reels from many of these nominees, please visit the Autodesk YouTube channel Academy Award playlist.