Iraqi Filmmaker Will Not Attend Festival 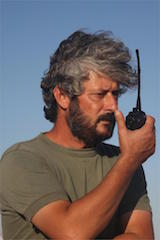 Hussein Hassan, the director of the award-winning Iraqi film Reseba – The Dark Wind, has withdrawn his visa application to the United States Consulate for clearance to attend the North American premiere of his film at the 34th edition of Miami Dade College's Miami Film Festival. Festival director Jaie Laplante said the Festival will proceed with the screening of Reseba – The Dark Wind as scheduled, but with a deep sense of loss and disappointment. 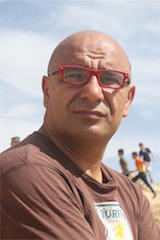 “One of Miami Film Festival’s core values is to bridge cultural understanding, to provoke thought and discussion, and The Dark Wind is one of the most timely, moving and important films in this year’s Festival,” said Laplante. “It is essential that roadblocks not be put in place that will prevent artists from the free discussion of their work, and equally essential that the world’s artists are made to feel welcome in the United States.”

The producer of the film, Mehmet Aktas, issued the following statement:

"Hussein Hassan shot his film Reseba – The Dark Wind at the front line of the war between the Kurds and the so called Islamic State. Hussein Hassan risked everything to present the true face of the war. Hassan is not a fighter at the front line; he fights with his artistic soul against terrorism and crimes. The U.S. are the closest and most important allies for Kurdistan. Now it seems to be impossible for a Kurdish artist to visit the US to present his work. As an act of peaceful protest, Hussein Hassan decided to withdraw from his visa application. We as Kurdish filmmakers hope that Donald Trump will acknowledge the Kurdish people."