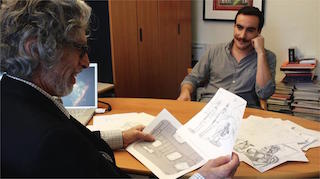 HBO has acquired U.S. rights to Very Semi-Serious: A Partially Thorough Portrait of New Yorker Cartoonists, directed by Leah Wolchok and produced by Davina Pardo. An offbeat meditation on humor, art and the genius of the single panel, the feature-length documentary debuts December 7 exclusively on HBO, following a limited theatrical run November 20 through December 3 in New York at Lincoln Plaza, in San Francisco at the Roxie Theater, and in Los Angeles.

Leah Wolchok's light-hearted yet poignant debut film, which had its world premiere at the 2015 Tribeca Film Festival, offers a window into The New Yorker, the undisputed standard bearer of the single-panel cartoon. Whether they leave readers amused, inspired or even a little baffled, the iconic cartoons have been an instantly recognizable cultural touchstone over the past 90 years. 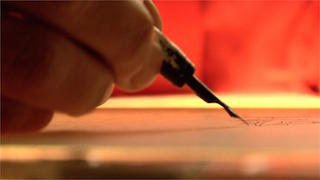 Very Semi-Serious is an unprecedented glimpse into the process behind the cartoons. The film follows cartoon editor Bob Mankoff as he sifts through hundreds of submissions and pitches every week to bring readers a carefully curated selection of insightful and humorous work.

In addition to interviews with New Yorker staffers, including editor David Remnick, Very Semi-Serious includes interviews with legends Roz Chast and Mort Gerberg and young hopefuls like graphic novelist Liana Finck as they discuss their cartoons and go through the process of submitting them each week to the magazine. The documentary observes Mankoff as he strives to nurture new talent and represent the magazine’s old guard, while also considering how his industry must evolve to stay relevant.

“We are thrilled Very Semi-Serious has found a home at HBO,” says Wolchok. “The New Yorker cartoons bring insightful humor to the magazine weekly, and we hope the HBO audience enjoys meeting and spending some time with their creators.”

Cinetic Media negotiated the deal on behalf of the filmmakers.