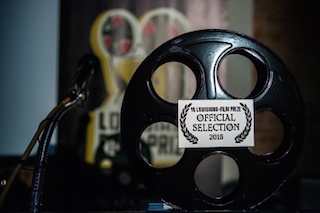 Executive director Gregory Kallenberg has announced the 20 finalists for the fourth annual Louisiana Film Prize. Each of the Top 20 films will compete at Louisiana Film Prize Festival Weekend October 2-4 in Shreveport, Louisiana. The winner will take home $50,000, one of the world's largest cash prizes for a short film.

"As we announced the official selections for the Film Prize, the tension and the energy in the room was astounding," said Kallenberg.

Aside from the one $50,000 winner, the top Louisiana Film Prize films will receive distribution through Shorts International on iTunes and will also screen at various festivals across the country. The Film Prize will also distribute $15,000 in filmmaking grants and $1,000 Best Actor and Best Actress awards.

On Festival Weekend, the Grand Prize winner will be chosen based on the votes of a panel of film industry judges and the festival audience. The complete list of filmmakers and their films can be found at www.LaFilmPrize.com.

The award-winning Louisiana Film Prize is a competition where filmmakers must create a short film (5-15 minutes) and the production must be shot in northwest Louisiana. This year, the Film Prize had over 120 registrations from all over the nation with 2/3 of the entries being from outside of Louisiana. The participating films utilized over 1,000 individuals in cast and crew. Also, the participating films injected over $5 million into the area over the past 3 years (the payment of cast, crew, food, lodging and equipment). The Film Prize hasn't tabulated this year's economic impact yet.

"The Film Prize has become a beacon for independent filmmakers from all over the country," said Kallenberg. "Our competition has provided a model for how to encourage, nurture and incentivize filmmaking. We are very, very proud of that."