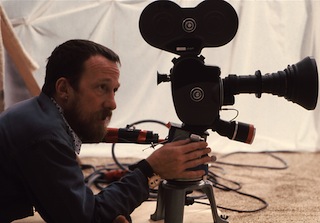 Being a pioneer in any field is at the very least daunting, but imagine if what you are doing not only deals with a taboo topic of the era, but could also earn you some time in jail? In the documentary film I Always Said Yes: The Many Lives Of Wakefield Poole audiences are given an inside look into the life of overlooked gay liberation and independent film pioneer, Wakefield Poole.  Directed by Jim Tushinski and sponsored by the San Francisco Film Society, the film will screen at selected film festivals later this year and into 2014.

Tushinski spent numerous hours collecting archival footage for the film that include excerpts from Poole's lushly photographed films, along with entertaining and illuminating interviews with Poole's contemporaries and colleagues. It was from this that AlphaDogs editor and colorist, Sean Stack found his inspiration in creating the look for the film.

“I always look for an inspiration to drive my color grading in a creative direction beyond just the technical aspects and was moved by the archival footage shot years ago by Mr. Poole himself,” said Stack. “The idea was to enhance the native look of the old film footage, keeping the old archival feel, but with a little more contrast and accurate skin tone than the one-light transfer provided in the original footage.”

While including archival footage in documentaries can add legitimacy and realness to a film, it also comes with a particular set of challenges during post-production. Varying degrees of color space require adjustments before beginning the color grading process to be certain that the colorist is working within the true color space of the image. The human eye adjusts to incorrect colors after time, therefore tricking the vision into a false reading of black, white and neutral colors. With the use of external color scopes Stack completed a technical analysis of the video signal with extremely accurate adjustments being made before color grading. 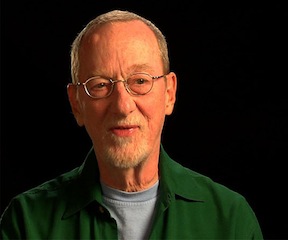 Stack said, “If one stares at a tinted image long enough it can begin to look normal and color corrections will begin to stray from a consistent balance throughout the program. I avoid this by relying on the scopes for technical monitoring that protect the intended creative choices and look of the color from human error during a color correction session.”

Teranex workflows were used for standard definition source material conversions. Automatic source detection allowed for seamless conversion of SD archival and interview footage into HD footage. To improve the image quality the film was resized with no additional loss of resolution.

Stack said, “Not only was the Teranex successful at smoothing aliased edges around Wakefield Poole’s fine rimmed glasses, it also did a great job at smoothing out any motion jitters. The Teranex is one of the best tools available for converting SD archival footage into HD for the final delivery.”

AlphaDogs audio engineer Curtis Fritsch was in charge of sound design. Distracting background noises and other technical glitches within the interview and archival footage were removed with the use of Izotope RX Decrackler and Denoiser before Fritsch began work on the sound design itself.  In the case of I Always Said Yes: The Many Lives Of Wakefield Poole, it was important that the sound design had a muted feel.

Fritsch said, “The challenge was in creating a sound design that didn’t interfere with the dialogue or sonic quality of the music. My focus was on designing a consistent smooth sound throughout the film that wasn’t overdone or distracting and instead directed the focus of the viewers further into the story of Wakefield Poole’s life.”

Fritsch worked closely with Tushinski and the music composer on the film with no details being left unscrutinized. "AlphaDogs is a great collaborative environment, said Tushinski. I brought in my composer, Jack Curtis Dubowsky, to consult on the final mix because I knew he'd love working with the folks here. I'm always recommending AlphaDogs to my colleagues mainly because while working here, I've never felt like my project was treated as any less important than the higher profile ones."

Tushinski’s produced the movie through his company Gorilla Factory Productions.