Exhibitors Speak: The Future of Cinema 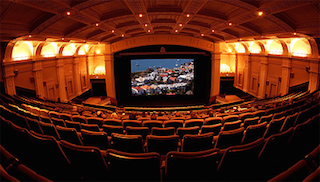 Digital Cinema Report recently teamed up with global cinema software leader Arts Alliance Media to ask exhibitors around the world how they see their businesses evolving over the next five years. We especially wanted to know their thoughts on technology, both what they’re using today and what they plan to use in the future. I sat down with John Aalbers, CEO of AAM to discuss the survey results.

Digital Cinema Report: Our respondents predicted that in five years first release movies would still account for more than two thirds (67 percent) of what they screen. The next highest choices in content were live concerts and classic movies.

John Aalbers: That doesn’t surprise me at all. Although first-release films still reign at the box-office, exhibitors know there’s value in catering to diverse audiences with a variety of tastes. They realise that getting more people in and increasing revenue means offering their venues, which are equipped with fantastic audio and visual equipment, for non-traditional uses such as live concerts, e-sports, training and public interest events.

The advent of innovations like satellite streaming into theatres is a perfect example of how technology can help make connections with new audiences and keep cinemas at the heart of communities. Similarly, technologies that help automate background operations doesn’t mean cinemas will lose that personal touch, it means that staff have the time to get more involved in ensuring great customer experience as well as programming screenings and planning unique events that will appeal to their local audiences.

To me, this result, showing one third is now non-traditional usage, demonstrates the growing importance of flexibility. Within five years, cinemas should be able to dynamically respond to local demand and schedule events at a moment’s notice.

DCR: Few exhibitors are happy with the current state of the pre-show experience, and indeed a total of 79 percent believe it can become more engaging. Half of them think its potential can result in an increase in revenues from onscreen advertising. Many people offered suggestions for improvements, all including more interactivity- either through staff involvement or onscreen content such as games. 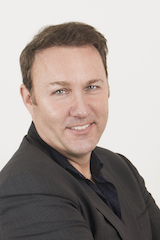 JA: The pre-show offers huge potential for deeper engagement and revenue generation for exhibitors from advertisers and audiences alike. There is no other advertising medium out there that can offer the same audio-visual quality and deliver as much impact as the big screen. And yet, most screen advertising still provides little more targeting than by broad genre. But that is already starting to change; campaign management products that are prevalent in TV, print and online advertising, are starting to be adopted by SACs and exhibitors too. These products, like our AdFuser solution, now enable very deep and pinpointed segmentation and targeting. Over the next five years they will continue to develop and become more widespread so the industry can offer brands more value for their advertising spend, and viewers more relevant and engaging content.

Interactivity is the buzzword du jour, but it really comes down to making the audience feel like they’re part of the action. And that goal has driven everything from CinemaScope to 4D seating. Anything cinemas can do to extend that immersion into the pre-show will earn them a more engaged audience that arrives earlier. Technologically speaking, I think the industry is still in an experimental stage, but I think the next 5 years will see clear proof points of what works emerging.

DCR: Despite all the suggestions we received for ground breaking interactivity, and despite the fact 65 percent of those surveyed believe second screen engagement will be important, the top priority for exhibitors is improving the current customer experience. And that is reflected in the top three things they believe will have the biggest impact on their business- upgraded seating, upgraded auditoriums (PLF/audio), and in-house loyalty programs.

JA: I don’t think this is surprising. There’s a real need for cinemas to keep their core business in line with customer expectations. In many ways, cinema has a long way to catch up. The investments in such things are overdue and are needed to reach an acceptable standard when compared with other entertainment options that consumers now have. Cinema’s original selling point- showcasing entertainment on the biggest screens, with the best sound and picture quality- is still utterly relevant. 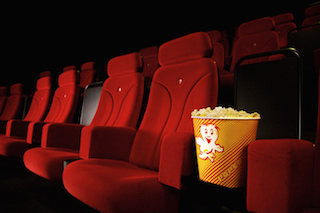 But investing in this doesn’t, and shouldn’t, mean that they should stop looking beyond the auditorium. In-house loyalty programmes are just the start; they will offer abundant information on customers that will help any exhibitor deliver consistently better service, experiences, and perceived quality. But, once they have gathered these insights they should be applying them to decisions on where to invest next.

Our respondents said that the three pieces of technology that cinemas use most today are the same they think they will be using most in five years: mobile ticketing, social media and mobile apps. But the top three anticipated major technological shifts in the next five years were listed as virtual reality, laser projectors and LED screens.

JA: Something I think these results have hit on is that exhibitors are really starting to think about how to improve their offering holistically. Their core offering needs to be fresh and enticing and so you naturally see a focus on screens and differentiated content, like VR. However, they’re in a competitive landscape and need to be as visible, accessible, and engaging as all the other options consumers have today. Mobile technologies and social media are vital to building up awareness and engaging with their customers when they are not attending the cinema. Cinemas need to retain mind-space inside their customers’ heads. This means being continually relevant.

These sets of technologies do not show a change in focus, but rather a realization that they are now on a technology treadmill and they need to keep up to remain relevant.  You need to build it, and then you have to promote it and keep it competitive in terms of cost, ease of use and reward. Both of these mind-sets need to be at the fore of an exhibitor’s thoughts, and these results, pleasingly, show this to be the case.

DCR: According to our results, perhaps the biggest change of the digital cinema era is the fact that most exhibitors have come to understand and appreciate the importance of technology in running a successful 21st century movie theatre. A large majority of exhibitors, 75 percent, believe that technology will have a positive impact on the industry in the next five years. And 79 percent believe software in particular is vital to the successful operation of a modern movie theatre. They even went as far as to leave suggestions for 19 separate operational tasks that could be automated next. 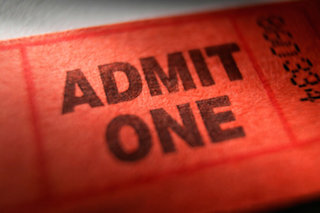 JA: Of course technology is having a positive impact in cinema. It is the source of innovation and differentiation. Technology enables those who embrace it to leap frog their competitors and steal away market share.

Over the past 5-10 years, exhibitors have seen what software can do and, understandably, they want to see those benefits extended to other processes, other tasks, and other hardware. What’s really interesting is that the same degree of innovation that cinema experienced over the past ten years will happen again, but faster, over the next five years. Software for cinema is evolving quickly now and as more consolidation happens in the vendor space, the larger companies that are being created as a result will have the wherewithal to continue innovating.

That’s very encouraging. I think in the past, technology has been seen as impersonal and cold, but it looks like the tide is turning, and the industry is proving that there is technology that actively encourages better community outreach. There is a straight line between automating the behind-the-scenes and getting the time you and your staff needs to focus on customer engagement and all the revenue generating opportunities our respondents highlighted would become important within the next five years.

DCR: While recognizing how important software is to running their theatres, exhibitors are frustrated with how difficult it can be to implement. Our survey showed that 64 percent of exhibitors believe the worst barrier to introducing new software into their business is integrating it with what they already have.

JA: Ah, the curse of integration. Yes, it’s true. Cinema technology, in all its guises, can be complicated. There are a wealth of suppliers using different approaches and proprietary systems, and most cinema estates have a wide variety of hardware and software from different vendors. You need the right resources and expertise to even assess whether any given technology will deliver the business benefits you’re hoping for, let alone deploy it. But at the same time, adopting new technologies is key to achieving the flexibility and audience engagement we discussed earlier. 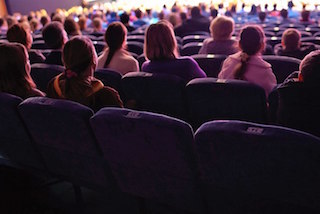 As cinema software moves away from a cottage industry and becomes more and more professional in its approach, there is a responsibility on vendors to pre-interface with and stay up to date with all of the major equipment and systems out there. As more and more platforms and devices emerge, it becomes increasingly difficult for the small vendors to invest in keeping up.  Over the next five years, I think we will start to see the burden of technical operations shift from exhibitors to cinema solutions companies. Instead of exhibitors worrying about integrating their POS to their TMS to their servers and then networking them all together at head-office, I can see cinema suppliers packaging everything together into a single solution, even including operational services, allowing the cinemas to focus their energies on their core business.

Imagine approaching a supplier with an empty space that they could then transform into a running cinema with hardware, TMS, enterprise software, on-screen advertising, NOC services, and staff training. It would certainly help cut down on integration worries, as everything would be provided, connected, and maintained by true technical experts. It is a bold move, but one I can see happening naturally in the years to come. It has happened in industries like telecoms and financial services. There is no reason to believe it will not happen in cinema.