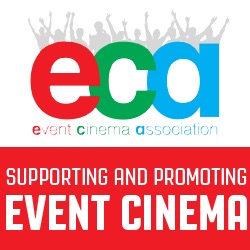 The Event Cinema Association’s annual ECA Conference & Awards will be held in London on Friday February 3 at the QE11 Centre in central London, near Parliament Square in Westminster. The conference, now in its fourth year, is the only event of its kind in the world.

The conference aims to bring together the brightest and best of the event cinema industry to network, exchange best practice and, for the first time, to experience product presentations of event cinema content offered by ECA distributor and content producer members. They will have the opportunity to showcase their upcoming content for 2017 to more than three hundred delegates from 20 territories worldwide.

In addition the ECA will be recognizing excellence in exhibition, distribution and outstanding contribution via the ECA Awards. Nick Wallis of BBC1’s The One Show will once again be presenting the awards.

ECA managing director Melissa Cogavin said, “In 2017 we’ll be five years old, and we felt the time was right to tweak the format of this year’s event to give more attention to the actual Event Cinema content we see on our screens, which is beautiful and highly produced. This year we are providing a number of useful and informative training sessions on a diverse range of subjects. Creative Skillset has kindly part-funded this year’s training day as part of their mission to support areas of the media industry where they recognize a skills shortage, so we are hugely grateful for that.” 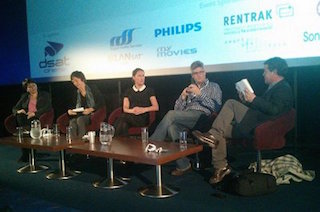 Isabelle Fauchet of the ECA said, “We want to cater to our diverse membership by offering sessions for newcomers as much as experienced professionals, and provide all the networking and commercial opportunities we can in a single day so our delegates feel all bases are covered.”

A packed day of workshops will include an event cinema master class aimed at students, graduates and second jobbers looking to learn more about this sector. This workshop will provide established players with a pool of high caliber talent to network with on the day. Also there will be workshops on the art of negotiation, training the supply chain and an intense hour titled Pushing the Boundaries exploring novel events and achievements in this sector in the last 12 months.

The day will also include sponsor presentations from the sector’s technical partners as well as a full range of retail sponsors offering an exciting range of food and beverages aimed at the exhibition market.

Tickets can be purchased starting December 5 on the ECA website with an early bird discount available on tickets before December 30.  Full line up and sponsors to be announced on the website. Details on the ECA Awards and entry criteria will be announced separately.