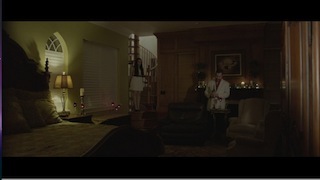 Florida-based cinematographer Michael Minock’s new film, Don’t Look Away, tells the story of the growing tragedy that is human trafficking. The 25-minute film will be submitted to film festivals and provided free of charge to organizations that specialize in caring for and rehabilitating victims of the crime.

“The controls on the VariCam are second to none—simple, easy to use and effective,” Minock said. “The ability to record on two codecs simultaneously is beautiful!  We recorded 4K on the main recorder (P2 cards) and 2K on the sub-recorder (Micro P2 cards), which were used to begin editing on the set. You can even record to the Rec. 709 color space on either recorder independently.  We chose V-Log for both with breathtaking results.”

To maximize the dynamic range of the recorded images, Panasonic developed V-Log, a new log curve that elegantly maps the 14+ stops of image data to the recorded file. The VariCam 35 permits the assignment of various LUTs to individual recording channels and camera outputs. For example, a DP could shoot 4K and record non-destructively with the V-Log LUT, but assign a ”baked-in” 709 LUT on the HD / proxy recording for a real-time normal contrast look for editing and pre-grading.

“The dual native (800/5000) ISO feature is another brilliant stroke,” said Don’t Look Away’s director Stephen Morgan. “We lighted a pivotal scene literally with two foot-candles -- two candles one foot away from each actor. There was absolutely no noise and the detail in the blacks was incredible! Our 1AC wafted air at them to create a gentle flicker.” 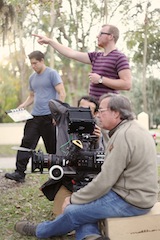 “We had another crucial sequence that called upon the dual ISO functionality,” Minock added. “Our protagonist was running out of a hospital room to escape the facility. The director called for slo-mo. We were shooting in a working hospital, and had virtually no time and only natural light. Because other non-native ISOs can be set in-camera, we opted for an ISO 8000, then overcranked at 60fps and which gave the focus puller a 35-foot depth of field for the 100-foot run. We got the shot, and it’s beautiful!”

“Beyond the phenomenal image production, the VariCam 35 is distinguished by its removable control panel; modular, two-piece design (the 4K camera head is separate from but dockable to a common recording module that can be shared with Panasonic’s 2/3” 1080p VariCam HS); and the ability to record 4K and 2K simultaneously,” he continued.

Minock explained that the 4K master will be used for exhibition at film festivals and art houses, while the 2K version will be distributed to the non-profit organizations that serve the victims of human trafficking. Don’t Look Away is currently being edited in Adobe Creative Cloud, and color corrected on a DaVinci system.  A rough cut is being done in 2K (which the DP refers to as his “proxy”), while 4K clips have been sent out for color grading. The project will be conformed in both 4K and 2K.

The VariCam 35 is equipped with a super 35mm format full-size, single-chip MOS sensor that offers 4K (4096 x 2160) and UHD (3480 x 2160) resolution, and boasts high sensitivity, low noise, wide dynamic range and cinematic depth of field. The camera offers a choice of codecs including Panasonic’s AVC-ULTRA family and Apple ProRes 4:4:4:4 and ProRes HQ, and has 14+ stops of dynamic range to provide full control over the widest lighting conditions. With native ISOs of 800 and 5000, DPs can realize incredible image quality in extremely low light situations.

Minock is a 40-year veteran of the film industry with hundreds of credits, as well as nine years’ experience as a master faculty member at the legendary Rockport, Maine workshops, where he taught training classes in previous generations of Panasonic VariCams. Minock is currently prepping the production of a national commercial ad campaign using the Varicam 35. “Lots of high speed thrills,” he noted.

“I’ve been a VariCam fan since the introduction of the first models,” Minock said. 'The VariCam 35 is a worthy successor to the VariCam legacy with a suite of innovative new features that make it a serious filmmaker's dream.”