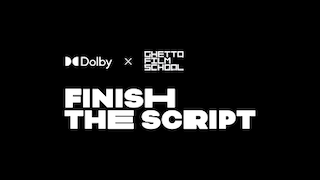 Ali was born in Connecticut to a Trinidadian immigrant family. Raised between there and Brooklyn, she attended the University of North Carolina School of the Arts where she studied filmmaking. Since then, she has worked extensively in post-production on projects such as Marvel’s Hawkeye, Just Mercy, The Trial of the Chicago 7, and more. 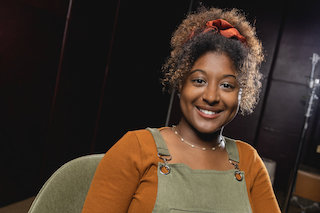 Bautista is a Filipino-American director, cinematographer, and editor based in Brooklyn, New York. Her films often discuss cultural identity, feminism, and the complications of human connection. Her recent documentary, Give Me A Smile, focuses on the dangers and implications of street harassment on a woman’s self-confidence. Currently in post-production, her short film, Porcelain, follows a young Filipino girl opening up to her conservative and traditional family about her depression.

Ramirez is a Salvadoran American filmmaker from South Central Los Angeles. Through his work, he seeks to expand the film and television world by including more stories centering on communities of color and other underrepresented groups. His passion for storytelling, social justice, and creative production has propelled his work at Lionsgate, Media Res/AppleTV+, and The Mission Entertainment. 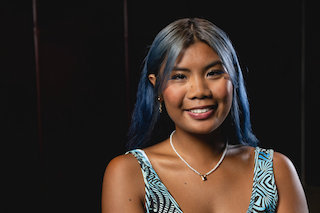 Sawyer is a self-taught filmmaker originally from Cleveland, Ohio. They create films from their own experiences of being neurodivergent and nonbinary. In 2017, Artisans, their series documenting makers at work, was selected by the Cleveland International Film Festival for their Webisodes category.

The winning filmmakers will each receive a $25,000 grant to fund the production costs of their short films, as well as mentorship throughout the production process from Estrada. In addition, a Dolby team will be available to provide inspiration and guidance to the winners on how to best use Dolby Vision and Dolby Atmos sound to complete their projects. 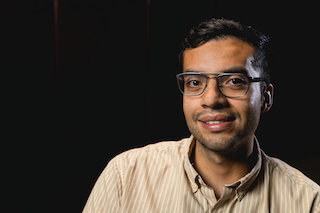 The films are currently expected to be showcased at an exclusive live premiere event in Los Angeles in 2023 and distributed on Dolby and GFS digital platforms to a global audience.

Ghetto Film School’s access to top-tier talent and Dolby’s premiere audiovisual technologies have led the two organizations to an advantageous partnership, pairing diverse storytellers with industry-leading innovative technologies to develop impactful stories through motion pictures. Since their original collaboration in 2014, GFS and Dolby have helped bolster the careers of more than 8,000 emerging filmmakers annually across the United States.

Under this initiative, they’ve successfully upheld their mission to support underrepresented voices, advance the creative industry, and promote an inclusive culture through various programs such as the Finish the Script challenge and the Emerge! Filmmaking Lab. 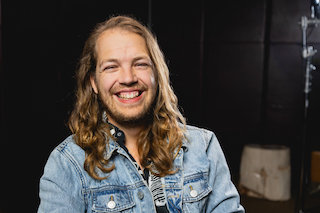 “I was lucky enough to be the mentor for the first year of this competition. It was such a beautiful experience to work closely with the filmmakers throughout the entire process and I am thrilled to be back as the mentor for year two,” said Estrada. “This competition provides such an invaluable opportunity for emerging filmmakers to make their first movie and I am honored to go on this journey with them.”

“The Finish the Script challenge is designed to support early career filmmakers by placing them in positions of creative leadership,” said Ghetto Film School CEO and alumna, Montea Robinson. “This program has been a huge opportunity for GFS to further its mission by bringing Dolby’s outstanding technology, top-tier creative talent, and hands-on approach to all of the filmmakers. The team at the Dolby Institute have been incredibly generous long-term supporters of GFS, diligent thought partners in originating this program, and supportive future colleagues to the participants."

“After a successful first year, we are excited to continue our support of the next generation of filmmakers as we kick off year two of this competition with an extremely talented group of winners,” said Glenn Kiser, Dolby Institute director. “Each winner brings their own unique vision to the prompt provided by our returning mentor, Carlos López Estrada. Carlos will help guide and inspire these young filmmakers throughout the process to bring their visions to life as they intended. We cannot wait to see the final versions of these films at the premiere in Los Angeles.”