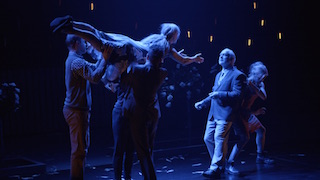 Justin Cooke, Digital Theatre’s chairman said, “The filming we do ourselves is of vital importance to the future of performing arts’ education. Quite simply, there is no other company capturing contemporary work of this kind. Most captures are focused on generating returns from the consumer market, and hence are of star-studded casts and major West End or Broadway productions. Our priorities are different – we want to capture important pieces of contemporary theatre like Things I Know To Be True, Iphigenia in Splott and True West (our last three captures) that would otherwise be lost forever. And we do this to enable students and teachers to experience a broader range of performance, whilst providing an additional revenue stream to the actors, creatives and producers involved in this incredibly important area of the performing arts.” 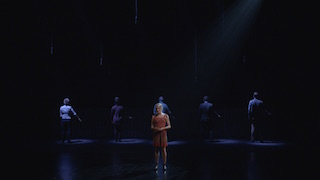 Cooke continued, “We are able to fund captures like this thanks to the 1000-plus subscribing educational institutions that we already have across the world. That’s around three million students in 64 countries that will now be able to watch Things I Know To Be True on February 22. And it’s a virtuous circle. The more institutions we sign up the more incredibly important captures of this kind we can do.”

Co-produced by Frantic Assembly and State Theatre Company South Australia with Warwick Arts Centre, and in association with Chichester Festival Theatre and the Lyric Hammersmith, this new play by Andrew Bovell is the latest addition to the more than 340 video and audio productions and 600 educational resources already available on DT+.

Featuring Frantic Assembly’s celebrated physicality, the Things I Know to be True was captured by Digital Theatre during a live performance at the Lyric Hammersmith in September 2016.

Graham said “I am really thrilled that, with the brilliant Digital Theatre, we are bringing Things I Know To Be True to a huge, global, digital audience. I am immensely proud of this international collaboration and look forward to new audiences engaging with Andrew Bovell’s beautiful play. Things I Know To Be True will be our second project with Digital Theatre following the success of Lovesong by Abi Morgan.”

Brookman said, “We are delighted that this ambitious international collaboration will be given new life through Digital Theatre. Things I Know To Be True has connected with audiences profoundly on both sides of the globe and the idea that new audiences will be given access to the piece is deeply satisfying. In particular we’re pleased that, through Digital Theatre’s focus on education, future generations of school students will be able to explore all the emotional intricacies. Digital Theatre’s educational audience will be given access to the production via digitaltheatreplus.com.”