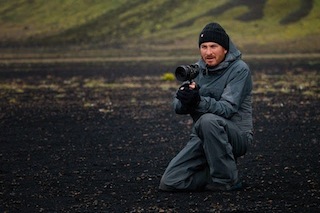 The award recognizes Aronofsky, whose work includes Noah, Black Swan, The Wrestler, The Fountain,Requiem for a Dream and π, as one of the most accomplished filmmakers of his generation and for his contributions to the industry as a whole.

No one appreciates Aronofsky’s mastery of motion picture sound better than Craig Henighan. Henighan has been collaborating with the director since the late ‘90s when he served as Sound Effects Editor on Requiem for a Dream. He co-supervised and co-sound designed The Fountain and served as both Supervising Sound Editor and Re-Recording Mixer on Black Swan and Noah.

“Darren always creates a great framework to work in,” Henighan says. “With him, the process is about experimenting…taking a journey. It’s a collaborative process that evolves over time and results in great movies where the sound works really well with the music, the visuals and his overall vision.”

Henighan was a young sound editor working at Sound Dogs in Toronto when he first met Aronofsky. The director, along with sound designer Brian Emrich, was assembling the sound team for Requiem.  Aronofsky and Emrich had built the soundtrack for the independently produced πwith a small team, but wanted something more for Requiem¸ a tense story about addiction. “They needed a complete team with a dialogue editor, a sound effects editor, Foley and all the rest,” Henighan recalls. “That’s where we came in.” 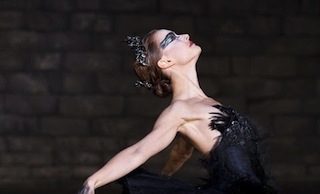 Henighan dove into the project enthusiastically. Although he was contracted to create sync sound effects and background sounds for the film’s New York City environments, he sensed that certain moments might benefit from more subjective sound and he worked up more “designy” treatments for them. “When Darren came up to Toronto to do a playback and heard all this stuff, he thought it was fantastic,” Henighan says. “We shared an attitude where we’d do whatever we could to make the best movie possible. We hit it off.”

As a sound artist, Henighan was inspired by the unusual visual techniques Aronofsky employed in Requiem. He was particularly taken with the film’s “hip hop montages” made up of extremely short cuts. “That movie is timed like a metronome,” he observes. “Every shot is done with mathematical precision. I very quickly realized what we were dealing with and that sonically we had to reach that same level.”

Henighan worked again with Aronofsky on The Fountain, but a scheduling conflict prevented him from involvement in The Wrestler, the director’s 2008 film. Seeing that as a missed opportunity, Henighan wanted to take it up a notch when Aronofsky approached him about working together again.

“Black Swan offered a lot of opportunities for imaginative sound design,” notes Henighan, who created the sound effects in tandem with Emrich. “In that movie, Darren wanted sound to fill the gaps. Things needed to appear a little left of center, a bit off initially and eventually spinning right out of control. For example, when you’re watching Natalie Portman get ready for her workout and she’s putting on her ballet shoes or when she’s scratching at her shoulder.  He wanted the sound heightened so you could connect on a visceral level with her character. It was our job to help those ideas along.”

Henighan points to a nightclub scene where Portman and other dancers high on Ecstasy move under pulsating lights to the electronic beat of The Chemical Brothers’ Don’t Think. “The music is slamming, really loud and powerful, and the visuals are really trippy,” he says. “I took all these sounds, distorted sounds, screams and yells, and manipulated them to work in rhythm with the music.” 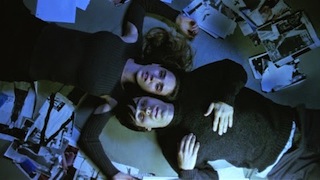 Aronofsky expects his collaborators to seize such opportunities for creative embellishment. “After we mixed it, Darren got up and high fived everybody,” Henighan says. “It was a great moment.”

Noah, Aronofsky’s first studio film, is an imaginative retelling of the biblical story of the Flood. The film is, in every sense, an epic and features an epic soundtrack. Henighan worked on the project for more than 16 months. “We had to come up with the ark, the rain, the animals, the battles,” he says. “In addition, there were all the fantastical sounds—the Zohar, the Watchers, the time lapse sequences—as well as exploring sounds for the metaphysical elements that Darren comes up with for his films.”

Aronofsky monitored the progress of the sound closely. “He was with me from the editorial process, all the way through,” Henighan recalls. “I would send him MP3 versions of ideas I was working on. He listened to individual sounds, he listened to scenes cut together, to temp mixes, pre-mixes and he was with us every day during our final mix. He encouraged the exploration of sound all the way through the process. It was a massive undertaking, and creatively very satisfying. It was fantastic to see what Darren could do with a big budget studio movie.”

Henighan says that what he enjoys most about working with Aronofsky is that he inspires everyone around him to rise to his level. “I want to be challenged by the directors I work with,” “There is an intensity about Darren but he isn’t outwardly an intense guy. He’s someone you’d enjoy having a beer with and talking football. The intensity comes out in his films. He puts his heart and soul into his movies and he inspires you to put your heart and soul into it and to do whatever you can to make it better.”